A police officer rests his hand on his forehead at the scene where a 23-year old man was shot in the early morning hours of July 6, 2015 in Chicago.
Anthony Souffle—Chicago Tribune/TNS/Sipa
By Sarah Begley

After years of declining homicide rates, 2015 has been a dark year in several large American cities, with incidents as much as doubling in some areas.

Milwaukee has seen twice as many murders this year as it did in the first half of 2014, according to USA Today. Baltimore, New Orleans and St. Louis saw spikes of 33% or more, and cities like Chicago, Dallas, Houston, New York, Philadelphia and Washington, D.C. have also seen increases.

It may be too soon to say whether this is a trend or an anomaly —i ndeed, several major cities have seen decreases in homicide rates, including Indianapolis, Los Angeles, Phoenix and San Diego. While some experts say the numbers reflect a struggle on the part of law enforcement to fund the necessary programs to keep decreasing the homicide rate, others say the numbers may even out as the year progresses. 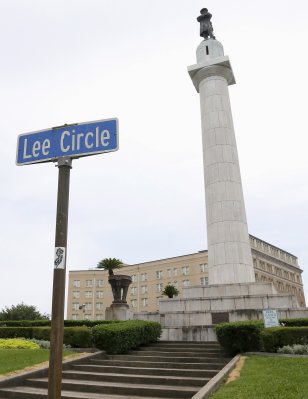