Parents of Tunisia Gunman Say Their Son Was Brainwashed and Framed

The father (4th from left) of Seifeddine Rezgui, the gunman who recently killed numerous foreigners on a popular tourist beach in the resort city of Sousse, speaks to his friends in Gaafour, Tunisia on June 28, 2015.
Kyodo/Landov
By Naina Bajekal

The parents of Seifeddine Rezgui who killed 38 people in the Tunisian resort city of Sousse on June 26 have defended their 23-year-old son, claiming he was “not capable” of such an attack.

In an interview with Sky News, Radhia Manai and Abdul-Hakim Rezgui insisted their son was not responsible. Manai says her son told her he was spending the night at a friend’s, before hugging her and leaving home the evening before the attack.

“They got to my son. They used him and they framed him for the crime,” his mother said, not naming a specific group or individual responsible for his brainwashing. “He was carrying his weapon and was just walking. He didn’t fire it. I want to know who fired and then framed him,” she added.

Rezgui’s father agreed. “I say to the tourists: God bless those who died. And God bless my son. My son was not capable of this. Bad guys tricked him and God will give him what he deserves.”

Rezgui appears to have concealed his intentions from his family over the past several months, including his jihadist training in Libya. Senior Tunisian security official Rafik Chelli told AP that Rezgui trained with extremists in a camp across the border at the same time as the two gunmen who killed 22 people in a March attack on the Bardo museum in Tunis. 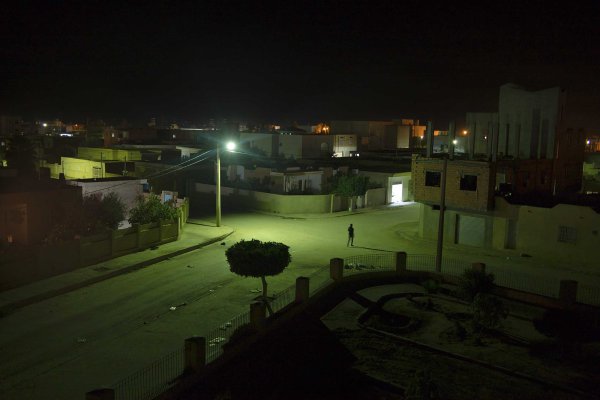