Greece Gives In To Creditors But On Its Own Terms

The deal Greece proposed to its creditors on Thursday amounted to a cap-in-hand capitulation. On nearly all points, the government of Prime Minister Alexis Tsipras agreed to the same harsh austerity measures that he had asked his own electorate to reject in a July 5 referendum. On Friday he faced the task of selling the proposal back home – and within his own party – so he might then seal a final agreement with European leaders to save Greece from defaulting on its debt and crashing out of the euro currency union.

Some members of Tsipras’ own party, the Coalition of the Radical Left, stated their intention to resist the Prime Minister. “We are not Europe’s hostages,” said Energy Minister Panagiotis Lafazanis, one of the most influential and hardline figures in the party, which is better known as Syriza. If the new bailout proposal includes harsh austerity measures and cuts to the welfare system, Lafazanis said the government must reject it.

But the Prime Minister’s deft political maneuvering over the past week has helped him secure a strong public mandate and broad support within parliament. Ahead of the July 5 referendum, he urged his electorate to reject an earlier deal from Greece’s so-called troika of creditors. In doing so, Tsipras argued, the Greek people would give him a stronger hand in negotiations for a better deal going forward. More than 60% of voters followed his reasoning and voted No at the polls, which provided the nation a chance to vent their frustration over five years of punishing austerity, recession and joblessness.

Armed with the people’s verdict, Tsipras then redoubled his efforts to secure a bailout deal this week. He began by asking his combative finance minister, Yannis Varoufakis, to step down, suggesting that his departure would ease the mood in the negotiating room with creditors. “It is clear that the government is trying to take back the initiative, demonstrate its commitment to reforms, and win back some of the trust it has lost over the past few months,” Demetrios Efstathiou, an analyst at Standard Bank, wrote in a note to investors on Friday.

Some of the European leaders then seemed willing to meet Greece halfway. On Wednesday, when Greek negotiators were scrambling to finish their bailout proposal, French officials were by their side, helping make sure the deal could be sold to Europe’s more stubborn leaders, especially the German Chancellor Angela Merkel.

The 13-page offer they came up with differed only in details from the deal that the Greek government had received and rejected from its creditors in June. It agreed to 13 billion euros in cuts to public spending, including on the military, as well as numerous tax hikes. In exchange, the proposal foresees creditors offering Greece a third bailout worth 53.5 billion, enough to cover Greece’s debts for the next three years and to avoid a messy Greek exit from the euro zone.

The proposal also asks for a modest amount of debt relief, which Tsipras and his government had promised at all costs to secure. Last week, even the International Monetary Fund, one of Greece’s key creditors, agreed that Greece could never repay its mountain of debt, which is worth upwards of $300 billion. So if the Greek parliament allows Tsipras to move ahead with his proposal, it seems likely that European leaders will grant Greece a partial write-down of its debt when they meet on Sunday in Brussels.

That would no doubt be a victory for Tsipras, but a small one when measured against the pain and uncertainty these last few weeks of brinkmanship have brought the Greek people. He will, however, surely argue that his deal is better than no deal at all.

Read More: Joseph E. Stiglitz: The U.S. Must Save Greece 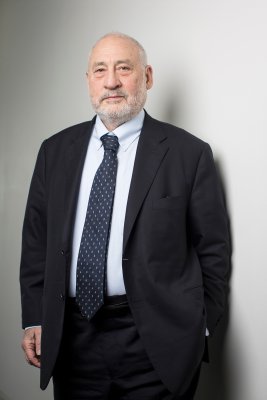 The U.S. Must Save Greece
Next Up: Editor's Pick