Thailand’s junta government has defended the forcible return of more than 100 Uighur migrants to China despite their fears of persecution.

“Thailand has worked with China and Turkey to solve the Uighur Muslim problem,” Colonel Weerachon Sukhondhapatipak, deputy spokesman for the Thai government, told reporters Thursday. “We have sent them back to China after verifying their nationality.”

The move has been condemned by the U.N., Washington and human-rights groups, and led to violent scenes in Turkey when pro-Uighur protesters attacked the Thai consulate in Istanbul with clubs and rocks.

Uighurs are a Muslim minority in China’s far-western region of Xinjiang, but they are ethnically, culturally and geographically closer to the Turkic peoples of Central Asia than to the Han — China’s dominant ethnic group. Thousands have fled the escalating violence and perceived abuses in Xinjiang in recent years.

Despite hosting hundreds of thousands of displaced people, mainly from Burma, within its borders, Thailand has not ratified the 1951 Refugee Convention and still does not have functioning asylum procedures.

The 109 Uighurs returned Wednesday “self-identified as Turks, expressed fear of being sent to China and expressed the strong desire to go to Turkey,” Vivian Tan, Bangkok-based spokesperson for the U.N. refugee agency, tells TIME. Their forced return “violates international law,” she adds, notably prohibitions on “sending people back to a place where their lives and freedoms could be in danger.”

Washington echoed U.N. concerns about the deportations. “We strongly urge the government of Thailand, and other governments in countries where Uighurs have taken refuge, not to carry out further forced deportations of ethnic Uighurs,” U.S. State Department spokesman John Kirby said in a statement.

The reaction in Turkey was particularly fierce. Late last month, Thailand won approval in Turkey — but a stern rebuke from Beijing — by sending a group of 170 Uighurs there. Bangkok’s decision to send the present batch of Uighurs to Beijing is seen as kowtowing to the Chinese leadership, which is extremely sensitive to the Uighur issue.

“The international community needs to take a firm stand to guarantee the rights of Uighur refugees,” said Alim Seytoff, president of the Uyghur American Association, in a statement. “Governments and multilateral agencies must not permit China to disregard international human rights norms.”

Xinjiang is rich in natural resources, boasting China’s largest deposits of oil, natural gas and coal. It is also comparatively underdeveloped and sparsely populated, with its wide open spaces a tempting prospect to settlers from the rest of densely populated China.

An influx of Han Chinese has raised overall living standards, says Beijing, though Uighurs claim of marginalization and the erosion of their traditional culture. During the current Islamic holy month of Ramadan, for example, all students and state employees, among them many Muslim Uighurs, were forbidden from fasting.

Such grievances have spurred an insurgency, often targeting Chinese civilians (as was the case in March 2014, when 29 were killed during a bloody knife attack at Kunming’s train station in western China’s Yunnan province). Many Turks see themselves as having a cultural and spiritual bond with the Uighurs, and the unrest has strained relations with Beijing. The attack on the Thai consulate was preceded by fierce protests outside the Chinese consulate and badgering of Chinese tourists in Istanbul.

Thailand’s junta chief General Prayuth Chan-ocha warned Thursday that “we might temporarily have to close the embassy in Turkey” should the situation deteriorate. As Thailand currently holds another 50 Uighur migrants while “their nationalities are verified,” this fear is very real. Thai authorities must weigh Beijing’s ire, their international responsibilities and another backlash from Turkey. However, owing to close socioeconomic ties — China is Thailand’s second biggest trading partner — Beijing no doubt remains favorites in this ethnic tug of war. 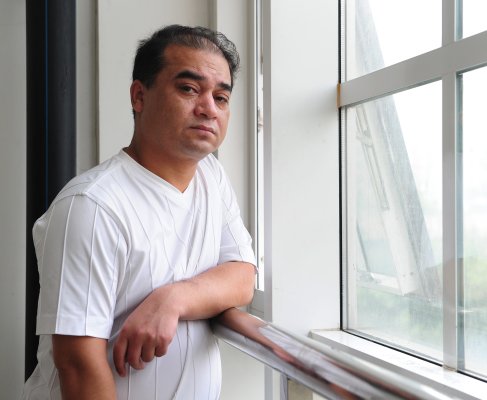