Ash and smoke are emitted from the volcano Mount Raung seen from the village of Sumber Arum, near Banyuwangi, East Java province, Indonesia on July 4, 2015
Budi Candra Setya—Antara Photo Agency/Reuters
By Helen Regan

Plumes of volcanic ash spewing from an active volcano in Indonesia have forced airlines to cancel flights for a third consecutive day to and from the popular island resort of Bali, the Australian Broadcasting Corp. reports.

The volcanic Mount Raung lies in East Java province, about 93 miles (150 km) from Bali, and began erupting on July 2. Winds have blown an ash cloud from the volcano close to the airport causing visibility concerns.

The ash cloud, which has traveled about 180 miles (300 km) southeast of the volcano and 3 miles (5 km) up into the air, is expected to clear over the next 24 hours as the wind is forecast to turn.

But Mount Raung could continue to erupt for several weeks to come.

“Volcanoes are very hard to predict but the indication at the moment is this activity could continue into the future,” Steph Bond from the Volcanic Ash Advisory Centre told ABC. 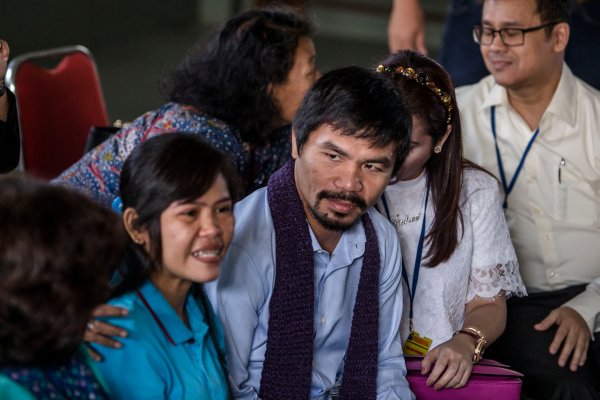