Ken Stabler #12 of the Oakland Raiders looks on during a circa 1970s game at Oakland-Alameda County Coliseum in Oakland, California
Robert Riger—Getty Images
By Joanna Plucinska

One of the Oakland Raiders’ most respected quarterbacks, Ken Stabler, has passed away at 69 after a struggle with colon cancer. His family released a statement saying that he had been sick since February.

“I’ve often said, If I had one drive to win a game to this day, and I had a quarterback to pick, I would pick Kenny,” former Raiders coach John Madden said in a team press release about Stabler’s death.

After leaving the Raiders in 1979, Stabler went on to play for the Houston Oilers and the New Orleans Saints, retiring after the 1984 season.

Ted Hendricks, a teammate of Stabler’s, told ESPN that he had no idea that the famed quarterback was even sick.”That was him. He just wanted to fight it quietly…he was such a gentleman,” Hendricks said.

“We’re going to miss him. He was always charming, and he was a great a football player.”

He died surrounded by family and friends, listening to some of his favorite songs, including Lynyrd Skynyrd’s ‘Sweet Home Alabama’ and Van Morrison’s ‘Leaves Falling Down,'” ESPN reports. 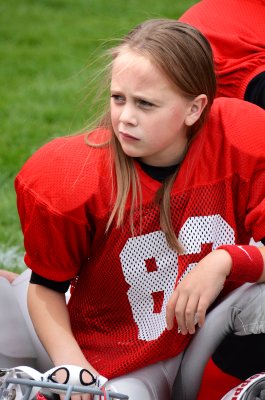 Girls Can Tackle Football, Too
Next Up: Editor's Pick