A member of the press compares the new iPhone models at the launch of the new Apple iPhone 6 and iPhone 6 plus at the Apple Omotesando store on September 19, 2014 in Tokyo, Japan.
Chris McGrath—Getty Images
By Victor Luckerson

Apple is giving a sneak peak of iOS 9 to anyone that wants it.

On Thursday, the company released a public beta of its upcoming iPhone and iPad software. It’s an uncommon move for the company, which usually only makes iOS betas available to developers.

Users can sign up to access the iOS 9 beta by visiting Apple’s website. The early version of the software comes with a Feedback Assistant app, which will allow users to send Apple information about how the new OS is performing.

iOS 9, expected to be released in September, will feature a revamped News app, transit directions in Apple Maps and a more robust version of the Siri digital assistant, among other improvements. However, downloaders beware: since this is a beta version of the software, it will likely be full of bugs. Apple suggests users only download it onto a secondary phone and back up their devices before getting the new version. 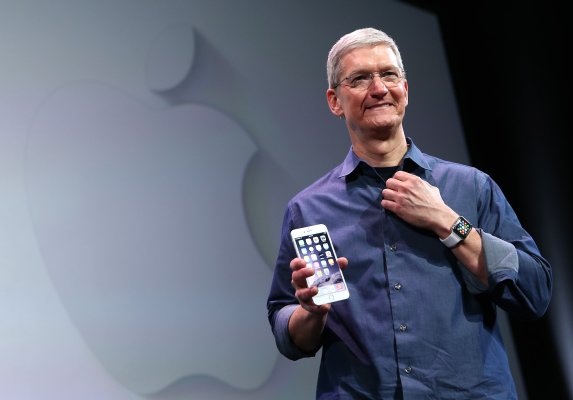 Why Apple’s CEO Tim Cook Probably Has Way Too Many Direct Reports
Next Up: Editor's Pick