Showtime hasn’t found a genuine hit since Homeland debuted in 2011, but the network appears poised to change that unfortunate trend with upcoming drama Billions. Starring Damian Lewis—who won an Emmy and a Golden Globe for his work on Homeland—and Paul Giamatti, the show looks a little like a modern-day version of The Wolf of Wall Street, with Lewis playing a toned-down but vastly savvier version of the Leonardo DiCaprio character and Giamatti as a fusion of the Kyle Chandler role and real-life U.S. Attorney for the Southern District of New York Preet Bharara. Sounds pretty cool, doesn’t it?

The trailer does little to disprove that notion, and neither does the team behind the show: Rounders writers Brian Koppelman and David Levien are joined by Neil Burger (Limitless) and Andrew Ross Sorkin, who wrote Too Big to Fail, as executive producers. The supporting cast is solid as well, with Maggie Siff (Sons of Anarchy), David Costabile (Breaking Bad) and Malin Akerman (The Comeback) on board for the first season’s 12-episode run.

A minute-long teaser isn’t enough to declare Billions Showtime’s savior (especially considering the network’s history of shows that start with a strong first season, only to fizzle in later years), but it offers plenty of cause for hope. Definitely make sure you stick around till the last few seconds of the video. 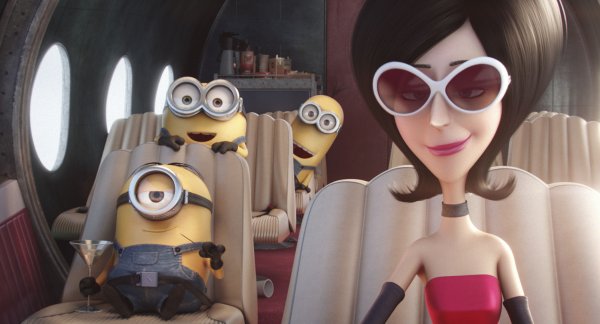 This Is How Minions Took Over the World
Next Up: Editor's Pick