This Is How Minions Took Over the World

The two animated Despicable Me films are most famous for two things: the song “Happy,” written for 2013’s Despicable Me 2, and the minions. For the uninitiated, the minions are a band of subverbal blobbish yellow creatures who exist to serve the film’s antihero; intended as a bit of spice, they’ve become, for their devoted fans, the main course. Because—in case you haven’t noticed—minions are everywhere.

Friday brings the release of Minions, a feature film about characters who’d heretofore been a cute comic counterpoint. The film dispenses with the machinations of a villain played by Steve Carell in the Despicable Me films, bringing in Sandra Bullock to voice a new character but focusing more closely on characters who were barely characters at all. It’s as though the Bond films spun off an installment just about the adventures of Q, or Star Wars produced a movie just about Boba Fett. (Wait: That one’s happening.)

But that’s no surprise at this point: The Minions film represents the film industry’s eagerness to respond to what is popular by making more of that thing. The minions are the most-widely-liked aspect of a film franchise that was meant to be about a charismatic villain character; no one is Photoshopping pictures or getting tattoos of Carell’s Despicable Me character Gru. It’s likely that not many above the age of 11 recall his name! And yet the minions are wildly popular online, particularly on Facebook. The little yellow things illustrate memes (photos with text overlaying) depicting friendship, boredom, and love of chocolate, among many other component parts of the human experience. They’re able to do this because no one knows, exactly, what minions stand for, and yet they’re sort of cute and all exaggerated facial features, so one can project anything onto them. As Brian Feldman points out on The Awl: “Minions are basically emoji. They’re yellow, they run the emotional spectrum, they function as a malleable shorthand for almost indescribable feelings.”

Now they’re anchoring a feature film in wide-release, despite having no identifiable character traits other than fecklessness and, again, no recognizable language. It’s hardly news that major studios are largely in the business of brand extension: The top-grossing film of the year so far, Jurassic World, takes the formula from a 1993 dinosaur movie and just makes the dinosaurs bigger and the conversations about science less sophisticated, while the second-highest-grossing one, Avengers: Age of Ultron, is only a component part of a release plan that currently extends to 2019. Sequels are no longer quite enough when there’s money to be made, as the Marvel films and the announced Star Wars spinoffs in particular prove. A spinoff, examining even the thinnest aspect of a “cinematic universe,” can help keep coffers full in the years between installments, as, for instance, Ant-Man is set to do this summer. That film examines other aspects of the Marvel world without dragging the whole Avengers team into the fray.

But a superhero played by Paul Rudd is one thing. Characters famous and beloved for their blankness are quite another. There’s recent precedent for spinoff movies dying on the vine; an attempt to extend the Madagascar franchise with The Penguins of Madagascar last year went that way. But if it turns out the minions can’t anchor a movie, it will matter little: Despicable Me 3 is slated for release in 2017. 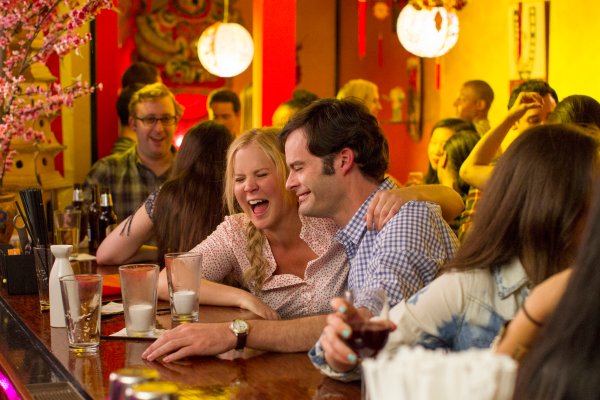