Space travel looks like fun–what with weightlessness and the views–but it can be murder on the human body. In the absence of gravity, muscles, bones, the heart and even the eyes can suffer damage. That’s why it’s so remarkable that astronaut Scott Kelly and cosmonaut Mikhail Kornienko have committed to spending a year aboard the International Space Station to help run the biomedical studies that will determine whether humans are capable of making a 2½-year journey to Mars. TIME is covering their marathon mission, in the magazine and in a yearlong video series called A Year in Space, the first two episodes of which were released on July 8 on time.com/space.

Time editor at large Jeffrey Kluger and senior multimedia editor Jonathan Woods, working with director Shaul Schwarz and co-director Marco Grob, have spent the past nine months following Scott’s preparation for his March 27 takeoff and his experiences in orbit. Scott’s identical twin brother Mark, a retired astronaut, is serving as a perfect control subject for the year-in-space study–a man with a genetic template identical to Scott’s, who is spending a year growing older on Earth while his brother grows older in space.

“The twins study was too serendipitous an opportunity for NASA to pass up,” says Kluger. It makes for good storytelling too. “We’ve been trusted to have our cameras in places they don’t usually go,” says Woods, “and what we deliver based on that trust will be a rare first account of an unprecedented mission.” The mission has a bit of serendipitous timing for TIME too, as A Year in Space launches just a week before the New Horizons space probe (page 52) is set to make its historic rendezvous with the dwarf planet Pluto. Space is vast–but not too vast to cover.

What’s it like to say goodbye to your family for a yearlong mission in space? Astronaut Scott Kelly–below left, with twin brother Mark at a TIME photo shoot in Houston in December–faces that question in “Leaving Home,” the first episode of our original video series A Year in Space. “I call him much more when I’m in space than I do on Earth,” Scott says of Mark, “because you just feel like you’re so far away.” See more at time.com/space.

Our updated iPhone app offers easy access to TIME’s award-winning daily newsletter, The Brief, including an audio version for your commute, plus great video and photos. Get it at time.com/app.

Just over six months into 2015 and we already have plenty of blockbusters, TV shows and pop tunes worth digesting. TIME has picked the best of the year’s productions so far, with high marks going to Mad Max: Fury Road, FX’s series The Americans and the electro-pop dance hit “King” by British trio Years & Years. Find the rest on time.com/2015best. 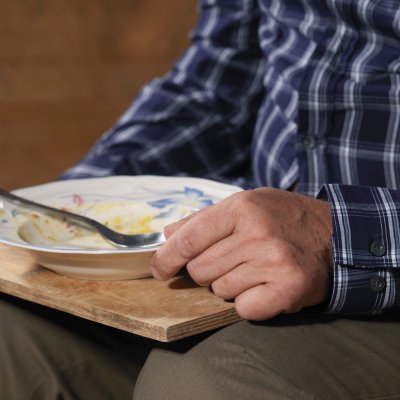