It was a summer vacation she’ll always remember. At the age of seven, Nimco Ali flew back from Manchester, England, to her parents’ home country of Djibouti. Once there, a woman she recalls as veiled in black — “looking like one of those Dementors in Harry Potter, who suck the souls out of people” — made a cut in her genitals, the practice known as Female Genital Mutilation. When Ali returned to school in Manchester in the autumn she told her teacher what had happened to her in Djibouti, and asked why she thought it had been done. “That’s what happens to girls like you,” she recalls the teacher saying, implying that Ali’s African heritage was explanation enough. “I didn’t feel listened to,” recalls Ali, now 34. “Today, I know that girls in the same situation wouldn’t be dismissed like I was.”

That’s in part because of tough new laws due to be enacted on July 17 in Britain, where an estimated 20,000 girls under the age of 15 are at risk of FGM every year. Earlier this month, British Prime Minister David Cameron, calling FGM a “cruel, barbaric” practice, told his ministers to accelerate enhanced protection orders before the school summer holidays begin in July. The dangers for the girls peak in summer, when long vacations give girls’ wounds time to heal; it is during the six-week break from school that families often return to their countries of origin in Africa or Asia to have the procedure done, either by family members, local elders, barbers, or — in a recent trend toward the “medicalization” of the practice — by doctors or nurses.

Britain’s new Serious Crime Bill, which passed in March, creates a new offense of failing to protect a girl against the practice, and extends FGM-related laws, making it illegal for a UK national or resident to have the procedure done outside the UK. The law allows professionals working with children — teachers, doctors, and social workers — to apply straight to courts if they suspect a girl is in danger. Over the last couple of years, police and teachers have been trained to spot warning signs. Last year, Project Azure, the London Metropolitan Police’s FGM unit, launched Operation Limelight at U.K. airports, training staff to be vigilant about passengers on flights to the 29 African and Middle Eastern countries where FGM is most common. After officers were trained to engage passengers and do targeted baggage searches, Operation Limelight resulted in two arrests — and two girls being taken into protective custody. Schools that suspect a girl has undergone FGM will now have to report it to police. “We’re alert to things like girls taking a long time in the toilet, painful periods, bloated stomach,” says Marios Charalambous, head of physical and social welfare at Brentford School for Girls, a west London school. A sudden long “vacation” overseas, or other signs that a girl might be in imminent danger of the procedure, are also reported to the school’s student welfare counsellor.

Brentford is one of a number of schools that allow students — in some schools, as young as ten — to take part in an FGM awareness session. This winter, when the woman running the workshop, a trainer from Forward, a FGM awareness non-governmental organization, took four plastic models of female genitalia out of her bag, there was the occasional giggle from the Brentford girls. But the class quieted when she handed the models round, inviting the children to examine the examples of what the various forms of FGM look like, from the least invasive — scar tissue where a clitoris should be — to the most — sewing up the vaginal opening. “I found it quite interesting,” said one 12- year-old. “But it was really upsetting, and really shocking.”

In many communities, it’s not shocking, but the norm. In Egypt, Djibouti, Guinea and Somalia, at least 90 % of girls and women have undergone FGM according to a 2013 UNICEF report. The report found the practice was declining in the 29 African and Middle Eastern countries where it’s traditionally most prevalent, but migration patterns from these countries mean there has been an increase in cases in the West. A report from the Population Reference Bureau, a Washington-based non-profit focused on health and the environment, earlier this year stated that 507, 000 women and girls in the U.S. have either had it done, or were in danger of it — roughly three times as many as when FGM was outlawed in the U.S. in 1996. In February, Representative Joe Crowley and Representative Sheila Jackson Lee introduced the Zero Tolerance for FGM Act, which would see Washington following Britain by crafting a national anti-FGM strategy.

But changing mindsets takes time. The pressure to “cut,” as it’s referred to, is “everywhere,” says Forward’s Vanessa Diakides. Myths abound: cutting is claimed to keep women from smelling, or straying from their husbands. Some communities believe it boosts fertility and ease of delivering babies. Some Muslims believe — misguidedly — that the Quran endorses the practice. It takes bravery to resist, since the stigma for leaving your daughter uncut can be severe. Girls can find they’re suddenly shunned by friends in the playground. Families with uncut girls recount being spat at, ostracized at community weddings, and denounced as unclean. In some communities, people fear that the decision not to cut might harm marriage prospects not just for girls, but for their brothers, too. “The media loves to portray girls as victims, and the practice as ‘barbaric,'” says Diakides, who cautions that it’s important that teachers don’t alienate girls by judging their parents or grandparents. “It’s not going to help to tell them that their [mothers and grandmothers’] genitals look disgusting,” she says. “Some of the girls don’t even feel like victims. Some are angry; some aren’t.”

Even for parents who don’t want to cut, the pressures during a summer back in one’s ancestral home can be overwhelming. Deborah Hodes, a pediatrician at a newly-opened FGM clinic at University College London Hospital, recalls one woman who was so scared she’d be pressured into having her daughter cut on returning home, “she asked police to take her passport away.”

For parents under pressure to cut, pointing to legal bans can help — but much more if there’s precedent for prosecution in court. While the French have prosecuted 100 FGM cases, the UK has yet to have a single prosecution for it. In February, a high-profile case testing the 2003 FGM Act collapsed, with a jury acquitting a North London doctor of illegally stitching up a woman after she’d given birth. Pointing out the huge “chasm” between known cases and prosecutions, a British government report in March observed that “someone, somewhere is not doing their job effectively.”

Scotland Yard, which declined to be interviewed for this piece, is under pressure to prosecute those responsible for FGM but they say it’s tough to get evidence, since cases often rely “on individuals giving evidence against loved ones,” according to the Metropolitan Police’s note on FGM. 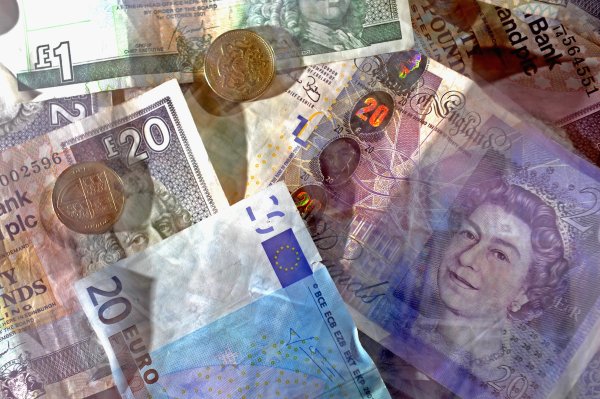 What Happens to a Country That Defaults on Its Loans?
Next Up: Editor's Pick