A family got swept into a riptide on Nantucket Island while they were taking a video using a selfie stick.

Derrick Johns, a former marine, was pulled under with his wife and daughter Erynn, who was holding the selfie stick, reports ABC. Their struggles underwater are captured on video.

“I did a few tours overseas with the Marines and I never felt that kind of fatigue or fear,” Johns said in an interview with an ABC affiliate in Boston.

Lifeguards and other people on the beach rushed to help the family. Erynn says that holding on to the selfie stick helped the rescue. 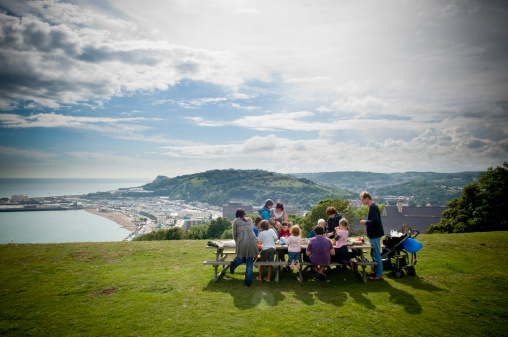 5 Tips for a Peaceful Family Vacation
Next Up: Editor's Pick