Russia Created a "Flag for Straights" to Fight "Gay Fever"

To oppose “gay fever,” Russia’s ruling party has created what they’re calling a “flag for straights.”

The flag, which was made by the United Russia party, was unveiled in Moscow Wednesday, Russia Today reports. The flag depicts a man and a woman holding hands with three children, and under the image is the hashtag #realfamily in Russian.

Aleksey Lisovenko, deputy head of United Russia’s Moscow organization, said the flag was created to counter the popular LGBTQ rainbow flag. “This is our answer to same sex marriages, this mockery of the very concept of family,” he said to Russian newspaper Izvestia, according to Russia Today. “We must prevent gay fever in our country and support traditional values.”

Opponents of the flag have already begun altering it on social media, coloring the figures with rainbow colors or changing the parents to same sex couples. 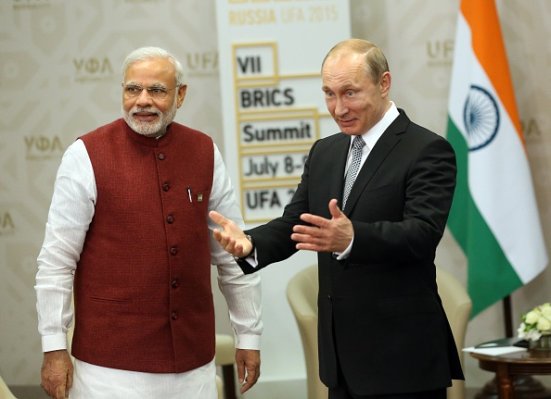 Vladimir Putin, Master of the Manly Arts, Will Even Try Yoga to Woo India's Narendra Modi
Next Up: Editor's Pick