India’s Prime Minister Narendra Modi will engage in bilateral talks with his Pakistani counterpart Nawaz Sharif on Friday, at the sidelines of the ongoing Shanghai Cooperation Organization summit in Ufa, Russia.

The sit-down meeting — the first between the two South Asian leaders in more than a year — was initiated by New Delhi, according to Indian newspaper the Hindu. Modi’s Foreign Secretary S. Jaishankar reportedly made a request to Pakistani Foreign Secretary Aizaz Ahmed Chaudhry through the Indian High Commissioner to Pakistan on July 3, just over a week after meeting the Pakistani High Commissioner.

“I think it’s significant, because in the last few months India has been the one basically setting the tone of what the relationship is all about,” said Samina Yasmeen, director of the Centre for Muslim States and Societies at the University of Western Australia, in an interview with TIME. “But I wouldn’t be surprised if there isn’t also some counseling from the United States or even China.”

The U.S. and China are also overseeing negotiations between a government delegation from Afghanistan and representatives of the Taliban in Pakistan’s capital Islamabad this week, and Yasmeen says although the two may not be strictly correlated, they do indicate the growing need for stability in South Asia felt by global powers, particularly China.

“There’s also the reality of increased Chinese interest in the cross-section of the Afghanistan-Pakistan border,” she said. “If they want to have a westward presence it’s in their interest that the area through which they plan to have the presence is stable, and they are aware of the fact that Pakistan-Afghanistan relations haven’t been on a solid footing and the Pakistan-India relationship hasn’t been very good.”

The tone for Friday’s talks in Russia was set by a phone call from Modi to Sharif on June 16, which appeared to mitigate the long-standing tension between the two neighbors that had been escalating in recent months.

The last time the leaders met one-on-one was Modi’s first day in office in May 2014, and an effort to conduct a similar meeting at November’s South Asian Association for Regional Cooperation summit in Nepal was rebuffed because of various disagreements. Since then, the relationship has been marred by simmering clashes on the India-Pakistan border and in the disputed region of Kashmir, as well as flare-ups in rhetoric after Modi’s visit to Bangladesh and India’s covert operations in Burma, officially now called Myanmar, earlier this year.

“The best deliverable would be to bring down the [political] temperature, because there’s been accusations and counter-accusations,” says Yasmeen. “There’s a perception in Pakistan that India is pushing at Pakistan, and a perception in India that it is a global power so it can ignore Pakistan but also get Pakistan to shape up by building alliances with other countries,” she added.

The implicit expectation from Friday’s meeting is that concrete steps will be taken to ensure a bilateral dialogue is maintained, and agreements may be announced on relatively nonsensitive issues such as trade and bilateral visa exemptions. But if past bilateral meetings between the contentious neighbors are any indication, the resulting agreements are often short-lived.

“I think of it as like a jewelry box,” says Yasmeen. “They put it away and suddenly say ‘Oh, let’s talk about this’, then they forget about it because other things are drawing their attention. And then they open it up again.” 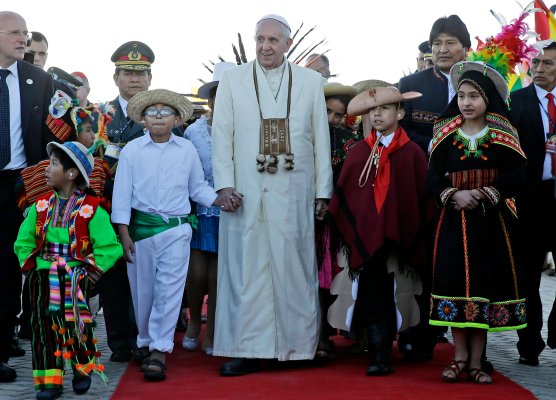