Ongoing revelations that a staffer for New Jersey Governor Chris Christie instigated a massive, four-day traffic jam in the area surrounding the George Washington Bridge is costing him politically. But what about the economic effects of the incident?

Economists have been studying the cost of traffic for years, and one of the most definitive looks comes from Texas A&M’s Transportation Institute. Each year, the institute releases its “Urban Mobility Report” which gauges the economic effects of congestion on the American economy. The group found that the average commuter wastes 38 hours in traffic each year, and that this costs the economy $818 per commuter in wasted time and fuel. That means a wasted hour in traffic costs roughly $22.

Therefore we can estimate that commuters spend 320,850 hours going from New Jersey to New York over the bridge during a normal four-day stretch. If we assume the traffic jam doubled that time, the total cost of the jam would be $7 million. If we assume that it quadrupled commuters time on the road it could have cost as much as $21 million!

Obviously this is just a rough, back-of-the envelope estimate of costs, but given that 1) traffic problems in Ft. Lee due to lane closures likely affected more drivers than those crossing the bridge, and 2) the median salary of workers in the New York metropolitan area is 19% higher than the country overall, this calculation could be an underestimate.

Correction: An ealier version of this post mistakenly used the total number of minutes traveled each day across the bridge rather than hours, overestimating the cost by a factor of 60. Thanks to reader Gary Goetz for pointing out the mistake!

VIDEO: A look at New Jersey governor Chris Christie’s changes in demeanor before and after the George Washington bridge scandal 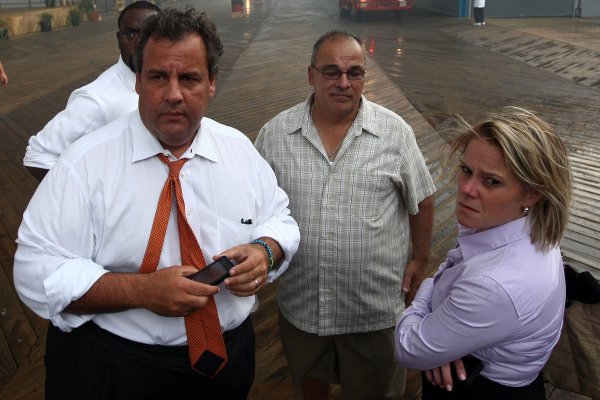 Lawsuit Filed in Christie Bridge Scandal
Next Up: Editor's Pick