How Disney Proved That No Price Was Too High for Fun

It may or may not be the happiest place on earth, but it’s always been one of the most profitable. Ever since Disneyland opened on this day, July 17, 60 years ago, the theme park has thrilled awestruck visitors — all the way to the bank.

In the park’s Adventureland realm alone, nearly 3 million visitors paid more than $1 million in 1956—which would be more than $8.7 million today, accounting for inflation—to sail down a jungle river “where trap-jawed crocodiles and painted warriors glare menacingly at every turn,” per TIME.

When it opened, Disneyland’s assets totaled $16 million — more than three times the $5 million budget that Walt Disney had originally set. He and his business-partner brother, Roy O. Disney, expanded their vision after some of the nation’s largest companies asked to buy in to the fairytale. They leased space to 55 companies, weaving product-placement opportunities in between Sleeping Beauty’s castle and Captain Hook’s hideaway. Per TIME:

The key to Disneyland’s success, of course, was that few visitors felt fleeced. Walt’s theme park exit polls showed that while customers’ biggest complaint was the high prices, 80% said they’d be back to pay them again.

His model was so successful, in fact, that it was emulated at Six Flags and Astroworld before the Disney Company reproduced it with Walt Disney World, which opened in Florida in 1971. Walt and his disciples had, it seemed, identified a phenomenon TIME labeled the Disneyland Effect. “Stated simply,” TIME summarized in 1968, “the thesis is that what’s missing in urban life is a sense of fun, and that once a fun area is built, it proves to be a powerful, regenerative force that brings prosperity to the whole surrounding area.”

And while the Disneyland Effect wasn’t enough to keep Astroworld afloat, it seems to be holding true in Anaheim. Just last week, Disney pledged to invest an additional $1 billion in improvements and expansion at Disneyland in the coming years, in exchange for continued tax breaks from the California city. The park’s “Diamond Celebration” to commemorate its 60th anniversary represents a Dumbo-sized investment in itself, but one that will likely pay off in “a sense of fun”—and profit.

Read more about Disneyland from the 1950s, here in the TIME archives: Show Business: How to Make a Buck 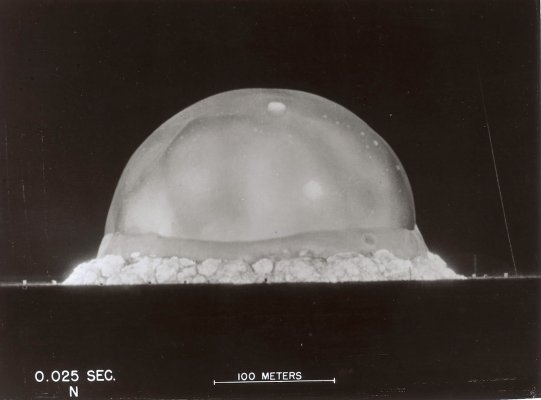 When the U.S. Army Brought Reporters to a Still-Hot Atomic Test Site
Next Up: Editor's Pick