Restaurateur Is the Latest to Dump Trump Following Immigration Comments

“Donald Trump’s recent statements disparaging immigrants make it impossible for my company and I to move forward with opening a successful Spanish restaurant in Trump International’s upcoming hotel,” Andrés said in an emailed statement. “I believe that every human being deserves respect, regardless of immigration status.”

More than half of Andrés’ employees and many of his restaurants’ patrons are Hispanic, the statement said. Andrés himself is a Spanish immigrant who has gained fame for a burgeoning 18-restaurant chain, cookbooks and television appearances.

Trump’s remarks on immigration came last month during the speech announcing his run for president. The real estate mogul-turned-television star described illegal immigration from Mexico as harmful to the U.S. “They’re bringing drugs. They’re bringing crime. They’re rapists,” he said, adding, “And some, I assume, are good people.”

Trump doubled down on the remarks as businesses have ended partnerships with him, including Macy’s and NBC. In each case, Trump has responded defiantly. In an emailed statement on Andrés’ decision on Wednesday, Donald Trump Jr. threatened to take legal action and said that Andrés had “no right to terminate or otherwise abandon his obligations.”

“We will also enforce the exclusivity provisions preventing Mr. Andrés from opening a competing restaurant anywhere in the D.C area,” Trump Jr. wrote. “Mr. Andrés’ obligations under the lease are clear and unambiguous.” 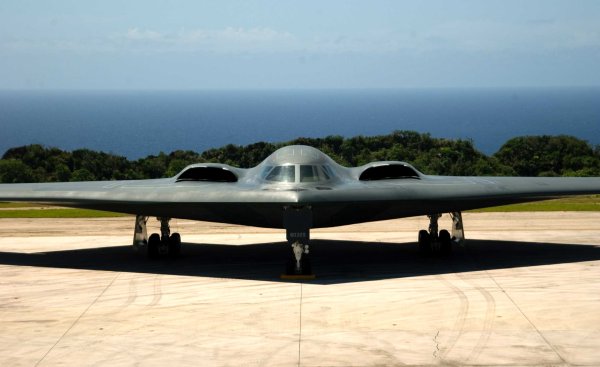 How the U.S. Would Attack Iran's Nuclear Sites
Next Up: Editor's Pick