Joseph E. Stiglitz: The U.S. Must Save Greece

Ideas
By Joseph E. Stiglitz
Joseph E. Stiglitz (@JosephEStiglitz) is a University Professor at Columbia University, the 2001 recipient of the Nobel Memorial Prize in Economics, a former chairman of the Council of Economic Advisers, and a former chief economist of the World Bank. His latest book, “People, Power, and Profits: Progressive Capitalism for an Age of Discontent,” will be released in paperback on April 21.

As the Greek saga continues, many have marveled at Germany’s chutzpah. It received, in real terms, one of the largest bailout and debt reduction in history and unconditional aid from the U.S. in the Marshall Plan. And yet it refuses even to discuss debt relief. Many, too, have marveled at how Germany has done so well in the propaganda game, selling an image of a long-failed state that refuses to go along with the minimal conditions demanded in return for generous aid.

The facts prove otherwise: From the mid-90’s to the beginning of the crisis, the Greek economy was growing at a faster rate than the EU average (3.9% vs 2.4%). The Greeks took austerity to heart, slashing expenditures and increasing taxes. They even achieved a primary surplus (that is, tax revenues exceeded expenditures excluding interest payments), and their fiscal position would have been truly impressive had they not gone into depression. Their depression—25% decline in GDP and 25% unemployment, with youth unemployment twice that—is because they did what was demanded of them, not because of their failure to do so. It was the predictable and predicted response to the austerity.

The question now is: What’s next, assuming (as seems ever more likely) they are effectively thrown out of the euro? It’s likely that the European Central Bank will refuse to do its job—as the Central Bank for Greece, it should do what every central bank is supposed to do, act as a lender of last resort. And if it refuses to do that, Greece will have no option but to create a parallel currency. The ECB has already begun tightening the screws, making access to funds more and more difficult.

This is not the end of the world: Currencies come and go. The euro is just a 16-year-old experiment, poorly designed and engineered not to work—in a crisis money flows from the weak country’s banks to the strong, leading to divergence. GDP today is more than 17% below where it would have been had the relatively modest growth trajectory of Europe before the euro just continued. I believe the euro has much to do with this disappointing performance.

Managing the transition from the euro to the Greek euro may not be easy, but Argentina and others have shown how it can be done. The government would recapitalize the banks in the new currency, continue with capital controls, restrict bank withdrawals, and facilitate the transfer of money within the banking system from one party to another. The money inside the banking system would be slightly discounted (i.e. worth slightly less than cash—in the case of Argentina, the discount was a few percentage points for ordinary transactions). Pensioners would need to get special treatment.

Meanwhile, Greece would begin the process of debt restructuring: Even the IMF says that it’s absolutely necessary. The Greeks might take a page from Argentina, exchanging current bonds for GDP-linked bonds, where payments increase with Greece’s prosperity. Such bonds align the incentives of debtors and creditors (unlike the current system, where Germany benefits from the weaknesses in Greece).

Greece can easily survive without the funds from the IMF and the eurozone. Greece has done such a good job of adjusting its economy that, apart from what it’s paying to service the debt, it has a surplus. It isn’t even dependent on the IMF and the eurozone for foreign exchange: At least before the most recent stranglehold that Greece’s creditors had imposed, it was running a current account surplus of 1%—5% if we exclude oil exports. (What it was buying abroad in imports was 1% less than what it was selling in exports.) Especially if oil prices remain low, and if its lower “new” exchange rate attracts more tourists and encourages exports, it can weather the storm.

After Argentina restructured its debt and devalued, it grew rapidly—the fastest rate of growth around the world except for China—from its crisis until the global financial crisis of 2008. Every country is different. Economists debate about how responsive exports and imports are to changes in exchange rates. Argentina benefited from a large increase in exports as a result of the commodity boom. There are, however, some striking similarities: Both countries were being strangled by austerity. Both countries under the IMF programs saw rising unemployment, poverty, and immense suffering. Had Argentina continued with austerity, there would have just been more of the same. The Argentina people rose up and said no. So, too, for Greece: If Greece continues with austerity, it would be depression without end.

The U.S. was generous with Germany as we defeated it. Now, it is time for the U.S. to be generous with our friends in Greece in their time of need, as they have been crushed for the second time in a century by Germany, this time with the support of the troika. At a technical level, the Federal Reserve needs to create a swap line with Greece’s central bank, which—as a result of the default of the ECB in fulfilling its responsibilities—will have to take on once again the role of lender of last resort. Greece needs unconditional humanitarian aid; it needs Americans to buy its products, take vacations there, and show a solidarity with Greece and a humanity that its European partners were not able to display. 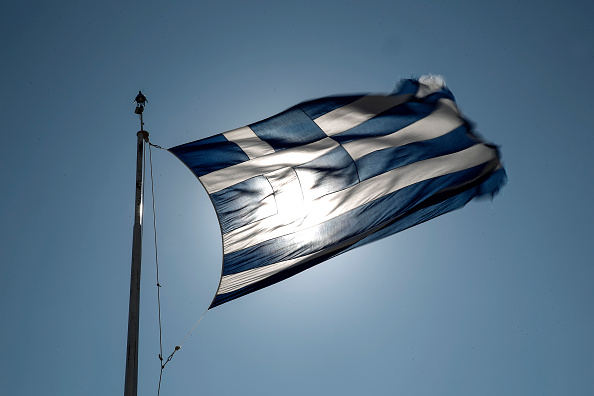 Greece's Referendum Was Still a Good Idea
Next Up: Editor's Pick