The hacker group Anonymous tweeted late Tuesday evening that the following day might “be bad for Wall Street.” And just 12 hours later trading on the New York Stock Exchange ground to a halt due to a “technical issue.”

Coincidence? Yes, most likely. While the tweet from the hackers’ collective may seem prophetic at first glance, the New York Stock Exchange has stated firmly that the halt in trading was the result of an internal error and not a malicious attack — an assertion echoed by the federal government.

But that didn’t stop the conspiracy-minded from breaking out the tin foil hats. Scores of Twitter users, as well as some media outlets, touted it as evidence of a hacking conspiracy:

But Anonymous itself poked fun at its supposed prescience in a later tweet (YAN is short for Your Anonymous News):

The tweet may have instead been referring to the potential worldwide economic fallout from the ongoing Greek debt crisis and worsening economic uncertainty in China. Markets around the world, including on Wall Street, fell sharply Wednesday on both of those concerns.

And economic uncertainty has been a topic of interest for the hacker Twitter account in recent days; the group has shared several Tweets from other users about the topic, including one seeming to applaud stock market losses. 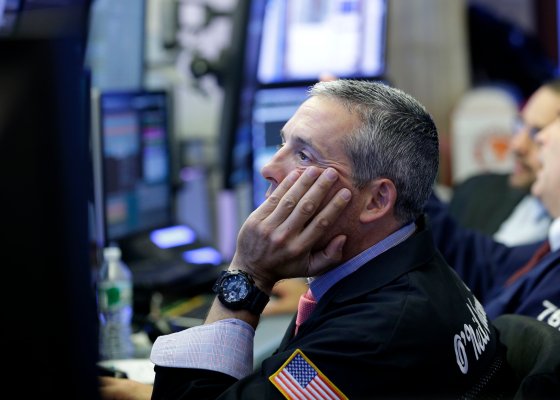 This Is Why the NYSE Shut Down Today
Next Up: Editor's Pick