By Ashley Lee / The Hollywood Reporter

And as the beloved captain, he’s confused by modern technology and customs — in the video below, he asks one child while posing for a photo, “Now, if there’s other people in it, why do you call it a selfie?”

The two actors landed in a helicopter on the hospital’s rooftop to spend over three hours with the patients and their families, says the Children’s Hospital Foundation, which helped coordinate the special visit. The fifth installment of the Disney franchise is filming on the Gold Coast.

“I’ll just sneak in and go and surprise a bunch of kiddies through the different wards,” Depp previously told E! of visiting children’s hospitals while in character. “It basically turns into a two-, three-hour improvisation and it’s really fun. So I travel with Captain Jack.”

See video and photos from the visit below. 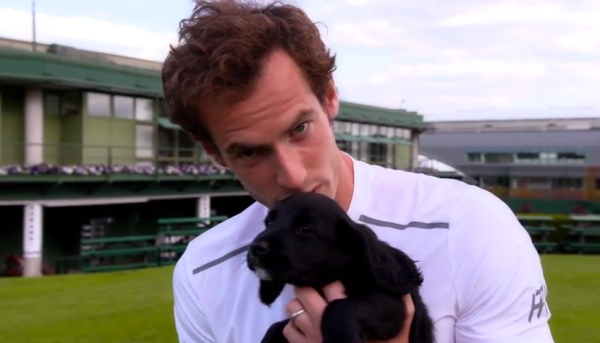 Here's Tennis Champ Andy Murray Playing With a Bunch of Tiny Puppies
Next Up: Editor's Pick