These Antidepressants May Be Riskier For Pregnant Women, Study Says

In a study published in the BMJ, researchers conducted the most thorough study to date looking at how popular SSRI antidepressants taken by pregnant women affect their unborn children.

Previous studies, most of which investigated individual medications and their potential effects on the still-developing fetus, have resulted in conflicting results; some have found associations between the antidepressants and birth defects, while others have not.

In the BMJ study, Jennita Reefhuis, team lead in the birth defects branch at the U.S. Centers for Disease Control and Prevention, and her colleagues analyzed data from six existing studies of selective serotonin reuptake inhibitors, called SSRIs—a class of antidepressants—and their relationship with birth defects, as well as the National Birth Defects Prevention Study, which collected birth defect information from hospitals in 10 U.S. cities. The added data from nearly 18,000 mothers who had children with birth defects provided more power to the analysis that Reefhuis and her team performed.

Overall, they found that two SSRIs—fluoxetine (Prozac) and paroxetine (Paxil)—were linked to seven specific birth defects, including those involving heart structures, abnormal brain formation and the growth of the intestines outside of the body. The other SSRIs studied—citalopram (Celexa), escitalopram (Lexapro), and sertraline (Zoloft)—did not show strong associations with birth defects.

The researchers don’t yet know exactly why these SSRIs were linked to birth defects, and Reefhuis stresses that the risks she uncovered are small. For example, a heart structural defect occurs normally in about 10 per 10,000 births, and for women taking paroxetine, that risk doubled to 24 per 10,000. “But two times a small number is still a small number,” she says.

MORE: Why Some Antidepressants Make You Feel Worse Before Better

Still, the results should provide better information for doctors and women who want to start families about how to balance the benefits of antidepressants like SSRIs in treating depression and the potential risks the medications can pose to the baby. “I think our data points in the direction that maybe they could choose an SSRI that has not been shown to be associated with, or has been associated with fewer, birth defects,” she says. But more studies like this are needed to confirm and expand on what we know about how specific antidepressants are linked to specific birth defects. “This information is most helpful in trying to unravel this mystery,” says Reefhuis. “I really hope it provides options for treating women who need treatment for depression during pregnancy.” 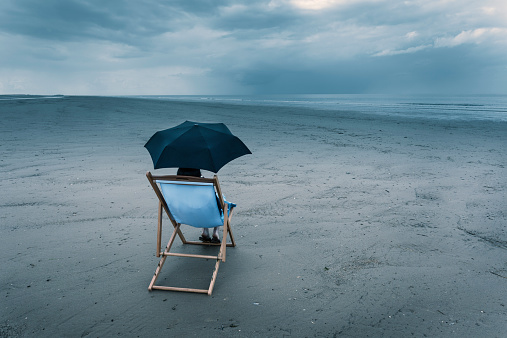 Can Negative Thinking Make You Sick?
Next Up: Editor's Pick