Elon Musk on SpaceX Explosion: It's 'Definitely a Setback'

SpaceX CEO Elon Musk on Wednesday gave his first televised interview in which he made comments about a recent failed launch of his company’s Falcon 9 rocket.

Speaking with CNBC, Musk called the June 28 rocket failure “definitely a setback”, and said the company was in the midst of a thorough investigation. Until then, he added, SpaceX would refrain from any more launches.

“I think we need to understand exactly what went wrong and be very deliberate at it,” Musk said while attending the Allen & Co conference in Sun Valley.

June’s failed Falcon 9 launch — SpaceX’s 19th — was carrying supplies and experiments bound for the International Space Station. With other resupply missions planned for the near future, the SpaceX rocket’s loss should not put the astronauts aboard the ISS in jeopardy.

“We need to look at the data and see if there were any near-misses,” Musk added. “Could something else have gone wrong and what do we need to do to fix that. Our goal is to have the most reliable rocket ever because it’s going to be launching astronauts soon, so it needs to be super reliable.”

Despite the setback, NASA recently affirmed its support for SpaceX. with agency administrator Charles Bolden saying the explosion should not deter Musk and his team from their spaceflight program.

“SpaceX has demonstrated extraordinary capabilities in its first six cargo resupply missions to the station, and we know they can replicate that success. We will work with and support SpaceX to assess what happened, understand the specifics of the failure and correct it to move forward,” Bolden said in a statement. 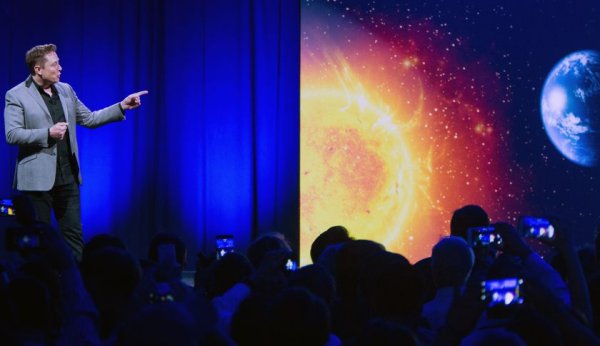 Elon Musk Wants to Build the Comcast of Outer Space
Next Up: Editor's Pick