PVH Corp., the menswear company behind huge brands such as Calvin Klein and Tommy Hilfiger, is the latest corporate partner to distance itself Donald Trump in the wake of his derogatory comments about Mexican immigrants.

Also known as Phillips-Van Heusen, PVH told Forbes on Tuesday that it is “in the process of winding down” a licensing agreement to market the shirts and ties in the Donald J. Trump Signature Collection. The agreement was set to run through 2018.

The news represents the latest backlash to comments Trump made in a speech last month kicking off his Republican presidential campaign. In the speech, the billionaire real estate mogul decried the influx of illegal immigrants into the U.S. and accused Mexican immigrants of such crimes as rape, murder, and drug-dealing.

Companies such as Macy’s and mattress giant Serta have severed ties with Trump in the weeks since the presidential hopeful made the derogatory statements. ESPN and the PGA have also opted to find new homes for golf tournaments they had planned to hold at Trump-owned golf courses, while both Univision and Comcast’s NBCUniversal canceled plans to air Trump’s Miss USA and Miss Universe beauty pageants.

PVH’s license agreement for Trump’s signature menswear line dates back to 2004 and Macy’s held the exclusive retail rights to sell the products, which appears to have influenced PVH’s decision to wind-down the business.

Meanwhile, Trump told Forbes he harbors no ill will toward PVH for the decision. 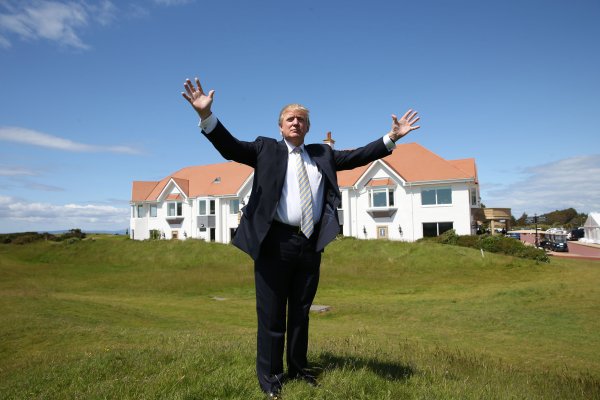