The U.S. Army has announced plans to cut 40,000 troops and 17,000 civilian employees over the next two and a half years in accordance with Pentagon budget reductions.

The plan will decrease the size of the army to 450,000 troops — the lowest it has been since 1940, the year before the U.S. entered World War II. Prior to the Sept. 11 attacks, there were around 480,000 active-duty service members, USA Today reports.

Some of the cuts are the anticipated deflation of the troop surge witnessed in 2012, when the armed conflicts in Iraq and Afghanistan were at their peaks. The remainder reflects an ongoing shrinking of the military budget in the wake of two expensive wars.

Conservative pundits and politicians have openly disparaged the plan, citing mounting tensions in Eastern Europe and the Middle East.

“One person who’s going to be very pleased with this is Vladimir Putin,” said Senator Dan Sullivan, a Republican from Alaska.

On Monday, U.S. President Barack Obama remarked that his administration has no current plans to escalate the military presence in areas of ongoing conflict. There are currently 3,500 stationed in Iraq, a point of frustration for those who view Washington’s response to militant Islamic group ISIS as lukewarm. 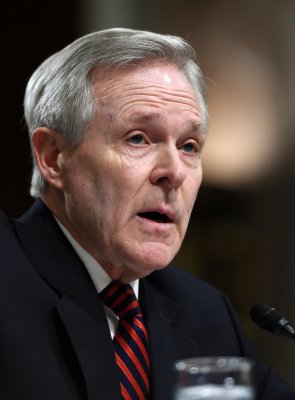