Everything You Know About Boys and Video Games Is Wrong

Kids are fed up with Kate Upton.

When the ads for Game of War started showing up on my students’ phones last year—they haven’t stopped—many were annoyed. They hated that it was impossible to close the ad, forcing them instead to watch the video until the end. But what really irritated them was Ms. Upton, in a full-cleavage-baring white flowing dress. The ads are clearly effective for some, but the message is obvious: Game of War is a boys’ game, and Upton is the game’s mascot, walking through battles totally unscathed and doing nothing except looking pretty.

Action games with big battles like Game of War are incredibly exciting to kids. And kids I’ve worked with, both male and female, will put up with a lot to play exciting games. But it doesn’t mean they like the way women are portrayed. Yet the video game industry seems to base much of its game and character design on a few assumptions, among them that girls don’t play big action games, boys won’t play games with strong female characters, and male players like the sexual objectification of female characters.

You can guess what the results are: a gaming landscape that thrusts a hyper-sexualized depiction of women onto the phone, computer and TV screens of millions of boys and girls.

The issue of sexism in video games, long simmering, is sure to bubble up again during the Comic-Con convention this weekend in San Diego. (47% of attendees are expected to be women.) In collaboration with my colleagues, Charlie Kuhn and gaming expert Ashly Burch, we surveyed more than 1,400 middle and high school students from throughout the country last year. We asked them to tell us what they thought about gender representation in games, what games girls play, and more. Our survey was exploratory—we didn’t have the resources to conduct a thorough evaluation—but we believed it was an important issue to study and hope others will follow.

Here are three things we found that may surprise.

26% played first-person shooter games like Call of Duty and HALO, 36% played role-playing games like Skyrim and Grand Theft Auto, and 17% played sports games like FIFA and Madden. (19% did not play games, compared to 3% of boys.)

We also asked kids if they identified as “gamers.” Especially in light of the “Gamergate” controversy that erupted last year and revealed intense sexism among some self-identified gamers, would the young people who identified as gamers share any of these sentiments? But very few of our respondents knew what Gamergate was and they had very different responses from what one may expect: 55% of boys who identify as gamers think there should be more female heroes in games, and 57% believe that female characters are too often treated as sex objects.

This all matters because gaming has become an important part of our culture, and it’s sending the wrong message onto our boys’ and girls’ sceens. Our kids deserve better. And it’s what they want. 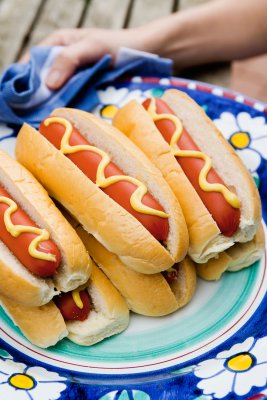 How to Make Independence Day More Meaningful Next Year
Next Up: Editor's Pick