How Diabetes Harms the Brain

When blood sugar levels start to climb in diabetes, a number of body systems are harmed—and that list includes the brain, since studies have linked diabetes with a higher risk of stroke and dementia. Now, a new study published in the journal Neurology reports that changes in blood vessel activity in the brains of diabetics may lead to drops in cognitive functions and their ability to perform daily activities.

Dr. Vera Novak, associate professor of neurology at Harvard Medical School and Beth Israel Deaconess Medical Center, and her colleagues followed a group of 65 older people. About half had type 2 diabetes, and half did not. After two years, the diabetic patients had lower scores on cognitive tests compared to when they began, while people without diabetes showed little change on the tests.

What drove the decline, says Novak, were changes in the brains of the diabetic patients. Diabetes can cause blood vessels to be less responsive to the ebb and flow of demand in different parts of the brain. Normally, flexible vessels will swell slightly to increase blood flow and oxygen to areas that are more intensely active, such as regions involved in memory or higher reasoning during intellectual tasks. But unchecked blood sugar can make these vessels less malleable and therefore less responsive.

“When doing any task, from cognition to moving your fingers, you need to increase blood flow to that specific area of the brain,” says Novak. “With diabetes, however, that vasodilation ability is reduced, so you have fewer resources to perform any task.”

In the study, Novak measured the changes in the flexibility of the blood vessels and found that among the diabetic patients, their flexibility declined, while it remained essentially the same for those without the condition. When blood sugar levels fluctuate as they do among people with diabetes, it can damage cells and nerves and trigger inflammation. What’s concerning, says Novak, is that these changes occurred even among people who were taking medication and had their diabetes under relatively good control. “Blood sugar control alone cannot treat [cognitive declines] associated with diabetes,” Novak says. “We need a new medication to improve [blood vessel] reactivity, cognition and brain function in diabetics.”

Her group is continuing to study ways that brain function can be improved by addressing the health of blood vessels; one method they are investigating involves using insulin inhaled through the nose or blood pressure medications to get brain vessel activity back to normal.

Figuring out whether such therapies can improve the brain function among people with diabetes is critical, since more people are diagnosed with the disease earlier in life, including in childhood. In previous studies, Novak and her colleagues showed that people with diabetes have brains that look five years older than those of similar-aged controls; for children with the disease, that could take a drastic toll on their cognitive skills as they age. “We really don’t have any treatment for cognitive decline in diabetes,” she says, “because the brain is not listed as an organ of risk for this disease. So we need more research and evidence like this.” 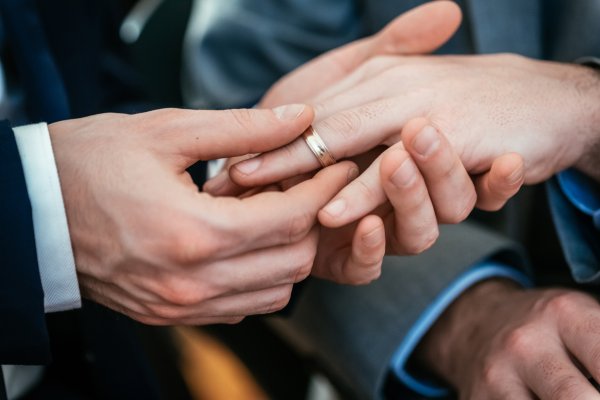 Gays and Lesbians Have Different Reasons to Get Married
Next Up: Editor's Pick