The Federal Bureau of Investigation conducted a raid at the Zionsville, Indiana home of Subway spokesperson Jared Fogle Thursday, according to local media reports.

An FBI spokesperson declined to confirm to Fortune that a raid happened at Fogle’s home, but did say “the FBI is conducting investigative activity in the area, the nature of which cannot be disclosed at this time.” A photograph apparently showing Fogle being escorted into his house by law enforcement was circulating on Twitter Thursday morning.

Fogle has represented Subway for more than a decade, beginning after he lost 245 pounds after eating only Subway sandwiches—one six-inch turkey sub and one twelve-inch veggie sub each day—for a year, in addition to an exercise routine. He became the face of the sandwich chain’s healthy eating-focused advertising campaign, gaining national fame for his Subway promotional pictures that featured his smiling face and former 60-inch waist pants.

In April, the executive director of Fogle’s Jared Foundation, founded to combat childhood obesity, was arrested on child pornography charges.

In a statement issued Tuesday afternoon, a Subway representative said the company “shocked by the news and believe[s] it is related to a prior investigation of a former Jared Foundation employee.” Fogle’s lawyer, Ron Elberger, also released a statement Tuesday afternoon, saying that his client “has been cooperating, and continues to cooperate with law enforcement in their investigation of unspecified charges.” 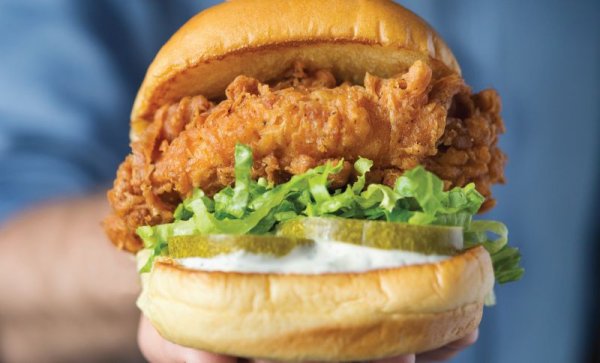 Shake Shack's Chicken Sandwich Is Real and it Looks Spectacular
Next Up: Editor's Pick