Why Science Is Winning the Vaccine Wars

Nothing to fear: More and more babies are being protected as more and more parents smarten up
Miodrag Gajic; Getty Images
Ideas
By Jeffrey Kluger
Jeffrey Kluger is Editor at Large for TIME magazine and the author of ten books, including Apollo 13, Apollo 8 and two novels for young adults. He has written more than 40 cover stories for TIME on topics ranging from space to human behavior to climate to medicine. Along with others at TIME, Kluger is an Emmy nominee for the web series A Year in Space.

You can’t poll a scientific fact. The speed of light is the speed of light (186,282.4 miles per second) whether 90% of people believe it, 25% believe it or 100% have no opinion. The same is true for the heaviest element, the size of the Earth and the number of cells that make up the average human body (37.2 trillion, in case you’re counting).

And the same is true, too, for the safety and efficacy of vaccines: They’re extraordinarily effective and extraordinarily safe, no matter what the folks in the anti-vaccine fringe have been saying. But in this case, popular opinion makes a difference—potentially a life and death one. That’s because parents who have bought the anti-vax line are far less likely to vaccinate their children, putting those kids at risk as well as anyone in the community who can’t be vaccinated due to age or a medical problem.

It’s the reason there was an outbreak of vaccine-preventable measles earlier this year triggered by a single unvaccinated visitor to Disneyland, and an outbreak of vaccine-preventable mumps in and around Columbus, Ohio. And it just might be the reason an immune-compromised woman—who relied on the protection that a well-vaccinated community ought to provide its few unvaccinated members—recently died of measles in Washington state, the first U.S. measles death in over a decade.

So it’s the best possible news that a new poll conducted by doctors at the University of Michigan’s C.S. Mott Children’s Hospital found that across the country, parents’ views on vaccines are changing fast—and for the better.

Assembling a sample group of 1,416 randomly selected parents with at least one child 17 years old or younger, researchers posed a series of questions about the benefits of vaccines, the risks associated with vaccines, and the wisdom of laws, like the one Gov. Jerry Brown of California signed last month, requiring nearly all children attending schools in the state to be fully vaccinated. They also asked about the parents’ perception of the risks of measles and whooping cough.

In all five categories, the parents seemed increasingly to be aligning themselves with the sense and safety of the basic science camp and less with the misinformation and fear-mongering of the anti-vax camp. Overall, only 7% of parents thought vaccines were less safe than they did a year ago, while 25% thought them more safe than they once did; 68% were unchanged. Similarly, only 6% of parents were less supportive of vaccine requirements for students than they used to be, while 35% were more supportive. And 40% and 37% of all parents believed the risk of measles and whooping cough, respectively, have risen for U.S. kids in the past year, while only 15% in both cases thought the danger has decreased.

“For a quarter to a third of parents to say that their views on the safety and benefits of vaccines have shifted in just a year’s time is quite remarkable,” Dr. Matthew Davis, the director of the poll, said in a statement.

Actually, it’s more than remarkable. It also confirms what a lot of health-policy experts have been saying for a long time—that once parents started seeing the consequences of vaccine denialism in the form of flash-point epidemics like the Disneyland and Columbus outbreaks, they would come rushing back for the protection vaccines offer. An epidemic of any illness may be a terrible way to learn a lesson, but it’s a decidedly effective one.

Davis partly credits media coverage of the epidemics for helping parents wise up. That’s not just because of the reasonably responsible way news outlets reported the outbreaks, but also because of they way they’ve been edging away from the nonsense coming from anti-vaccine celebrities like Jim Carrey. Yes, Carrey got more press attention than he deserved after the vaccine law was approved in California, when he called Brown a “corporate fascist” and proceeded to recycle old myths about the dangers of mercury in vaccines. But he was also blow-torched for his know-nothingism in both mainstream and social media—a sign that the popular consensus is changing. The same kind of global opprobrium has at last caused Jenny McCarthy—the anti-vaxxers’ Earth mother—to go dark on the topic of vaccines altogether.

None of this means the vaccine fight is over—and it never will be as long as there is an Internet and an anti-vax community willing to fill it with silliness. But as the new poll suggests, that community is steadily growing smaller, and a larger community of parents committed to protecting the health of their children is taking its place.

Science, which has never sought to be a popularity contest, is winning this one all the same. 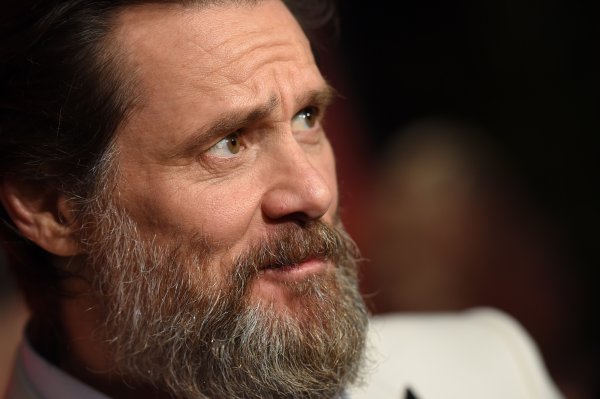 Jim Carrey, Please Shut Up About Vaccines
Next Up: Editor's Pick