Why Are Quaaludes the Drugs Bill Cosby Used?

Interest in quaaludes, a powerful sedative popular among housewives in the 1960s and disco partiers in the 70s and 80s, has peaked again following revelations about disgraced comedian Bill Cosby’s use of the drug. An Associated Press report revealed that Cosby admitted to acquiring the drug with intentions of giving it to women he planned to have sex with during a deposition in 2005. Cosby has been accused of sexual assault by over two dozen women.

But, just what are quaaludes?

Methaqualone or quaaludes— also known as ‘ludes, Lemmons, and 714s—were initially synthesized in India in the 1950s. The pill is part sleeping pill, part sedative that was initially marketed as not being as addictive as barbiturates.

By the mid-1960s, the pill was being manufactured in the United States and prescribed to housewives with trouble controlling their nerves and sleeping. But soon another use of the drug was discovered: mix it with alcohol and achieve a “drunken, sleepy high,” according to PBS News. Using the drug to reach a euphoric feeling was one thing, but taking too much could lead to “respiratory arrest, delirium, kidney or liver damage, coma, and death.”

According to the Atlantic, by the 1970s abuse of the pill caused a panic and in 1973 the previously prescription-only drug had been labeled a Schedule II Controlled Substance. But by then the drug had grown in popularity among big city club goers and fraudulent doctors willing to write quick scripts to folks looking to get a fix. The Paris Review describes the appeal thusly:

Even as the Drug Enforcement made attempts to crack down on use and distribution of the drug, the drug was picked up by another manufacturer and was continuously marketed as a sleeping aid. And because people so enjoyed taking it, as noted in the Atlantic and Paris Review articles, people kept taking it.

Its history, however, isn’t all based in its euphoric effects. Film director Roman Polanski was accused of drugging a 13-year-old girl with quaaludes before sexually assaulting her. Playboy bunnies recall using the pill during risky sexual encounters. The 2013 film The Wolf of Wall Street gruesomely depicts the destruction a ‘lude induced bender inflicted on Jordan Belfort’s car, neighborhood, and life. And continuous episodes of bad press and abuse led manufacturers to cease producing the pill in the mid-1980s. Now, as Leonardo DiCaprio’s Belfort laments in the Martin Scorsese film, it’s nearly impossible to get prescription grade versions of the pill in 2015.

And now, the drug will be further associated with risky activity. Under oath, Bill Cosby was asked, “When you got the Quaaludes, was it in your mind that you were going to use these Quaaludes for young women that you wanted to have sex with?”

Cosby is currently charged with three counts of aggravated assault for sexually assaulting and drugging Andrea Constand in January 2004. Sexual assault allegations against Cosby have been made public for some time, and dozens of women went public in the last year with accusations that span decades. In July, New York Magazine ran a cover story with interviews from 35 of Cosby’s alleged victims. The public response has been swift this time. Cosby’s honorary degrees have been revoked from over ten universities including University of Connecticut, New York University, George Washington University, Brown University and more. 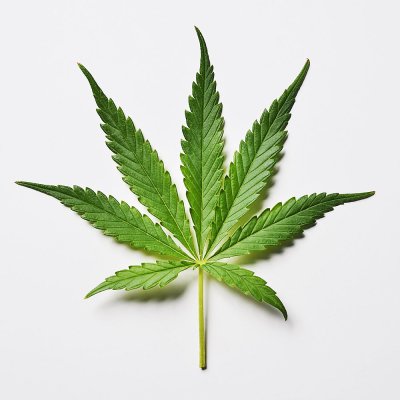 How Much Does Marijuana Impact Your Driving?
Next Up: Editor's Pick