This Greek Island Is Being Overwhelmed by Thousands of Migrants

The Greek island of Lesbos is facing the worst migration crisis in all of Europe, a Medecins Sans Frontieres official told the BBC.

Around 15,000 migrants arrived on the island in June. Lesbos has a total population of just 86,000, and the BBC says the massive influx has exhausted most available resources and left officials scrambling.

The migrants often arrive on the northern tip of the island close to Turkey, and then walk over 25 miles to the other side of the island to apply for papers that let them stay in the country for up to six months.

The island’s chief of police told the BBC that 1,600 migrants arrived on Saturday alone. Police said they were working 24 hours a day to process the new migrants, but still only manage to get through between 300 to 500 a day.

An abandoned race track and the island’s only detention facility house the migrants, but have been stretched to more than full capacity, the BBC reports.

Over 63,000 migrants have arrived in Greece this year already, according to the BBC.

The total number of migrants arriving in Europe in 2015 has more than doubled since 2014. 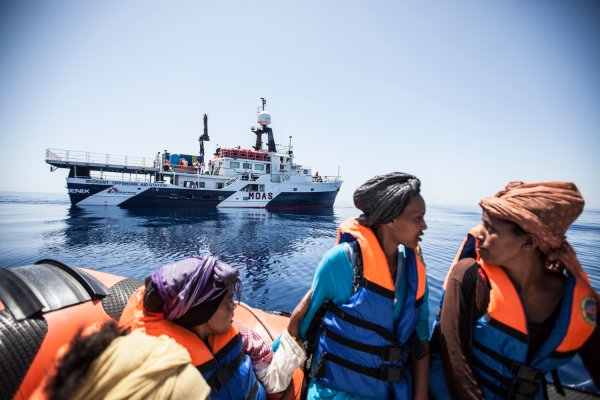