Denver residents are gearing up for another battle in the marijuana wars.

While activists in states like Nevada and Massachusetts are working on ballot measures to legalize recreational weed, a coalition in Colorado is collecting signatures to allow “limited social marijuana use.” As it stands, people in the state capital can consume marijuana only inside places like private homes or a rare “vape-friendly” hotel room. That, reformers say, can leave locals isolated and visitors not knowing where to turn.

“I enjoy drinking a beer but I don’t feel like I should always have to do it sitting in my home,” said Mason Tvert, communications director for the Marijuana Policy Project, which spearheaded the effort to legalize pot in 2012. “And people who are visiting from out of town are able to purchase marijuana but are not able to consume it legally.”

Tvert, along with attorney Brian Vicente, are leading the initiative to get the issue on the ballot in November, calling their effort the Campaign for Limited Social Use. In order to qualify, they’ll need to collect the signatures of 4,726 registered Denver voters by early August. But some local leaders feel that advocates are pushing their luck this time.

Visitor guides for marijuana tourists explain that in the eyes of the Colorado Clean Indoor Air Act, smoke is smoke, whether from a cigarette or a joint. That means blazing is not allowed in restaurants or most hotel rooms; a maximum of 25% of rooms may allow smoking at any one property and many inns don’t allow smoking at all. People can—inconspicuously but often illegally—consume edibles or use vaporize pens or “resort to a wet towel by the door.”

Tvert says that when he and other reform leaders like Vicente worked on the language for Amendment 64, they had intended for people to be able to consume marijuana more like people consume alcohol: While lighting up in the middle of the street was never something they fought for, they did want people to be able to consume it together in spaces reserved for adults. In cities such as Pueblo, local officials have interpreted the law to allow for “marijuana clubs,” while Denver officials more narrowly say consumption is not allowed in places “open or accessible to the public.”

Under the proposed ballot initiative, commercial establishments that sell alcohol on site would be able to allow marijuana consumption on their premises—which might mean someone vaping at the cocktail bar or smoking a joint in a fenced-in outdoor area. It would also allow for cannabis-only businesses—meaning they do not serve alcohol but do serve as a place to vape—and would give Denver the power to regulate them, setting restrictions on hours and locations.

Pushing for cannabis-only clubs would likely have been an easier fight. “Marijuana advocates in Denver have enjoyed a tremendous amount of public support over the past decade,” the Denver Post editorial board wrote in June, in a piece titled “Vaping in bars, smoking on rooftops? Public pot plan goes too far.”

“We bet,” they wrote, “Denver residents will see this measure as going too far.” 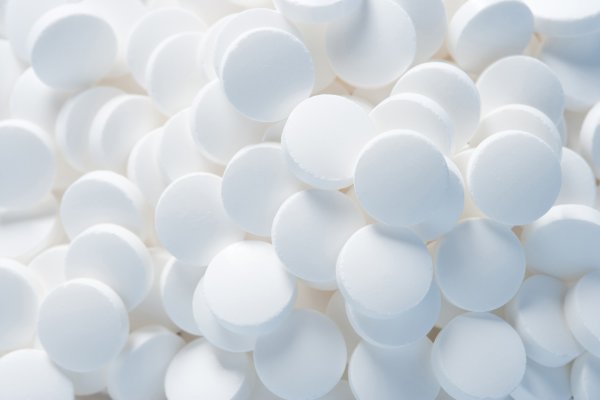 Why Are Quaaludes the Drugs Bill Cosby Used?
Next Up: Editor's Pick