Scientists Shoot Down Claim That Alien Life May Be on Comet

The Comet 67P/Churyumov-Gerasimenko is seen in an image taken by the Rosetta space probe on June 13, 2015.
ESA/Reuters
By Justin Worland

Scientists have picked holes in a widely-reported presentation by researchers claiming microbial life may exist on the comet now home to the Philae lander.

The claim originated in a presentation before the Royal Astronomical Society, in which researchers said the makeup of the comet, 67/P Churyumov-Gerasimenko, suggested the presence of living organisms. The scientists argued that data from Rosetta, the European Space Agency probe orbiting the comet, showed the capacity for micro-organisms to eke out life beneath the comet’s black crust.

But the findings did not hold up to scientific scrutiny. For example, the researchers suggested that the comet’s deep black crust suggests that it may be partly made of hydrocarbons—the basic molecules of life. That’s a possible explanation, but many black surfaces, like a lava field for instance, don’t necessarily suggest life.

Researchers also cited “viral particles” as evidence of life on the comet. It is indeed possible to detect both entire viruses and mere molecular bits of them with the aid of either electron microscopy or RNA analysis. But Rosetta, which is equipped with none of the necessary hardware and never comes within several kilometers of the comet, is not in any way capable of doing that work.

None of this says that asteroids and comets aren’t good places to look for life—or at least the precursors. Meteors have already been found to carry amino acids and other building blocks of life. If the chemicals are sealed inside the matrix of the rock in the presence of water, which is entirely plausible, and kept warm by radioactive elements, which could also be on board, there’s no telling what can be cooked up.

But, for now at least, the presentation remains unconvincing to the majority of the scientific community.

“No scientist active in any of the Rosetta instrument science teams assumes the presence of living micro-organisms beneath the cometary surface crust,” Uwe Meierhenrich, a professor at the Université Nice Sophia Antipolis told the Guardian by email. 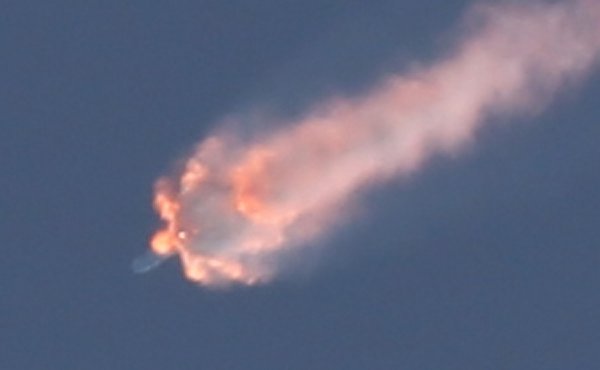 What I Learned Watching SpaceX's Rocket Explode
Next Up: Editor's Pick