Why the Greferendum Isn't as Historic as You Think

Against the predictions of many opinion polls, the so-called Greferendum scored a surprisingly resounding victory for the Oxi — or No — campaign.

Some 60% of Greek voters chose “no” on one of the most incomprehensible referendum questions in history. The vote has been heralded and mourned across Europe, with both sides agreeing that it is a “historic” occasion in European (they mean European Union) history.

How could it be? The Greferendum was designed to be vague and inconsequential. It was on an extremely narrow question, that is whether Greeks supported a highly specific proposal from the country’s creditors.

Moreover, by the time the referendum was held, the proposal was already off the table. It is therefore completely ridiculous to celebrate it as a vote against the eurozone, let alone the EU, as many far right politicians have done, and highly optimistic to see this as a mandate to end austerity.

Not only was this not the question of the referendum, it is not up to Greece to decide that for the whole eurozone and EU.

The referendum was always much more about the survival of the Greek government — and, more specifically, its main party, the Coalition of the Radical Left (Syriza) — than about Greece or Europe.

It was, first and foremost, an elaborate and expensive vote of confidence in the more moderate line within Syriza. In fact, Prime Minister Alexis Tsipras was remarkably candid about this in his victory speech, saying the result was not a mandate for a rupture with Europe but one for a strengthened negotiating position for Greece. I wonder how that message resonated among the many “anti-EU” and “international solidarity” supporters of Syriza across Europe.

Back where we started

Consequently, we are exactly where we started half a year ago, when Syriza won the Greek elections.

In essence, the referendum was about Syriza’s “Third Way,” that is an anti-austerity eurozone, which has been the basis of the party’s electoral success.

Tsipras called the referendum with the (unconvincing) argument that he didn’t have a mandate to accept the creditors’ proposals, because the two coalition parties gained only 41% of the vote in the 2015 elections – yet they have a clear majority in the mono-cameral Greek parliament.

If this really is his line of thinking, and we ignore the fact that only about 40% of the Greek electorate actually voted “no” in the referendum (60% of 65% turnout), the situation hasn’t changed much. After all, the Greferendum gave him only a mandate about this specific deal, which was off the table anyway. Any new deal, let alone a significantly changed one, would require another referendum. Somehow I think that will not happen.

From a broader European perspective the Greferendum was a symbolic victory. But unfortunately, such victories are exactly that, symbolic, and tend to not last long. We have seen symbolic victories against the “imperialist” and “undemocratic” EU before – think about the French and Dutch referendums against the European Convention in 2005, in which similar majorities said “no” to a much more fundamental question.

But after a couple of months of “crisis,” the EU responded as it has always done: with more EU.

The Lisbon Treaty was a European Convention Light, which was no longer put to a referendum in France and the Netherlands. The silly Irish tried to reject it, in a 2008 referendum, only to be forced to vote again in 2009 – as they made “the right choice” the second time around, they didn’t get a third chance.

The Greferendum won’t be different. Within weeks there will be a “compromise” between the two camps, as both have too much at stake (such as hanging on to power). There will be neither an end to austerity nor a Grexit.

Instead, there will be something that strongly resembles the rejected proposal, a Lisbon Treaty of austerity, but that can be re-branded as a victory for Greek “dignity” by Syriza. The new policy will be austerity light, not much different than the policies in most other bailout countries (such as Ireland and Portugal).

In that way, Syriza’s “Third Way” will end up much the same as the “Third Way” of New Labour in the UK: neoliberal policies hidden under progressive rhetoric.

Cas Mudde is Associate Professor in the School of Public and International Affairs at University of Georgia. 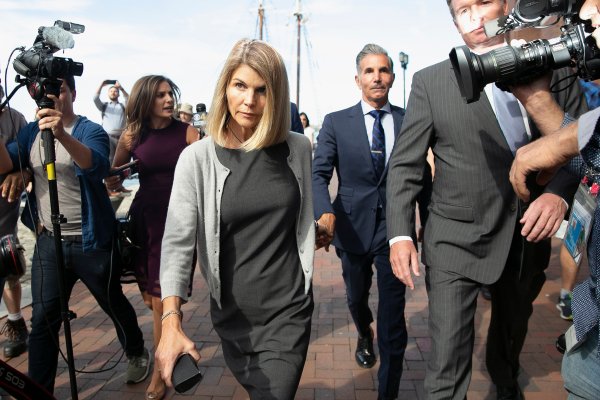