World Cup Champ: Today's Women Players Are Appreciated for Their Achievements—Not for How They Look

As a member of the U.S. women’s team that brought home the World Cup in 1999, it was an amazing experience to be a fan in the stands and watch the U.S. win 5-2 against Japan Sunday night. Now I have a better understanding of why so many people have come up to me over the last 16 years to explain the joy and excitement they felt watching me play. I had the exact same emotions watching the team in Vancouver.

It’s no surprise that the match was the highest-rated soccer game ever—for men or women. There was an incredible buildup since Japan beat the U.S. in 2011, so there was a score to settle. The match also had the advantage of social media. People in the U.S. felt like they knew the players, making it more personal.

The 2015 team grew and improved throughout the tournament—just like we did in 1999. It’s a testament to their coaching that they were able to play to each team so well. And the U.S. team’s defense was amazing, holding down the fort while the offense figured things out. Defense wins championships, and the U.S. team was as good as it gets in a tournament like this when the expectations are so high.

On Sunday night it was like the players had been shot out of a cannon. They scored two goals in the first five minutes! The goal Carli Lloyd scored from the midfield was definitely my favorite to watch. I don’t think people who aren’t normally soccer fans truly appreciate the skill it took for her to make that goal. Lloyd is one of the few players to have the audacity to take a shot like that—and make it—in a World Cup final.

As a goalkeeper, I felt for the Japanese keeper, Ayumi Kaihori. You have to be vigilant about goals being scored in clusters, which is what happened on Sunday. After being scored on, I used to give myself from the time the ball touched the net until it was being played at midfield to pout about it, and then I would pick myself up concentrate on making it more difficult for them to score the next one.

A lot has changed since the 1999 team helped bring women’s soccer into the mainstream, especially when it comes to being recognized as world-class athletes.

In ‘99 some people only wanted to comment on our looks. For example, I remember going on David Letterman and him calling the team “Babe City.”

However, we showed the world that women could be powerful, strong, determined, and capable of guiding their own destinies, too. Now women players are more appreciated for their achievements on the field and not for how they look. I’m proud to know that we were part of that change.

Seeing this World Cup made me remember reading stories about young girls who watched us compete in 1999 and were inspired to play soccer. Some of those girls are the same ones who played Sunday night. Now they’re role models for the next generation. That’s the real beauty of the win. 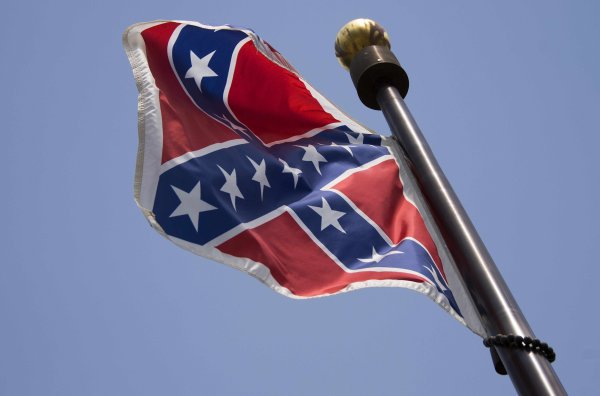 Why Nikki Haley Finally Called for the Removal of the Confederate Flag
Next Up: Editor's Pick