Reddit Interim CEO Ellen Pao apologized Monday for a “long history of mistakes,” in an apparent response to the hundreds of thousands of the site’s users who have called for her to step down over management decisions.

“We screwed up,” Pao conceded in an announcement posted on Reddit. “We haven’t communicated well, and we have surprised moderators and the community with big changes . . . The mods and the community have lost trust in me and in us, the administrators of reddit.”

Pao came under fire over the weekend when Reddit moderators — who are community volunteers, not company employees — began protesting the unexpected dismissal of Reddit’s director of talent, Victoria Taylor. Moderators said they had relied heavily on Taylor to host mega-popular Ask Me Anythings (AMAs), in which users can pose questions to influential or interesting people. Users and moderators speculate Taylor’s dismissal was related to a chaotic AMA she hosted with Rev. Jesse Jackson, though Reddit has denied the claim. (Reddit has not given a reason for Taylor’s dismissal.)

Outraged users also flocked to a Change.org petition demanding Pao’s resignation as CEO, which as of Monday afternoon had over 180,000 signatures. The petition, which was posted weeks before Taylor’s dismissal, accuses Pao of censorship and driving the website’s traffic into the ground. It also references Pao’s unsuccessful, high-profile gender discrimination lawsuit against her former employer, which denied Pao’s allegations and claimed Pao is “a manipulative individual who will sue her way to the top.”

In her apology, Pao outlined “three concrete steps” for Reddit’s future: to improve and build new web tools that complement moderators’ work, to improve administrative communication with moderators, and to allow moderators to default to the old version of search.

“I mean it when I say we screwed up, and we want to have a meaningful ongoing discussion,” Pao wrote. “I and the team are committed to talking more often with the community, starting now.” 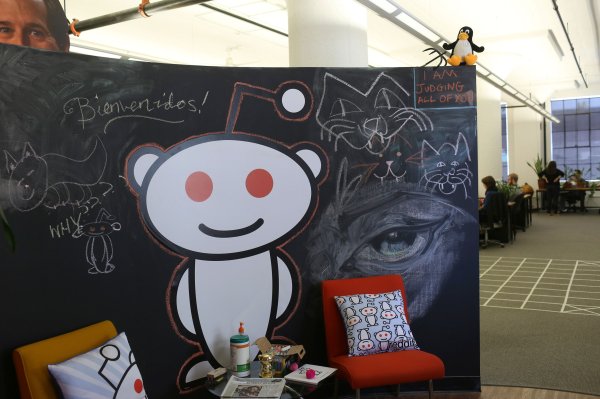 Reddit Moderators Lash Out After Employee's Unexpected Dismissal
Next Up: Editor's Pick