Ecuador's President Rafael Correa, right, welcomes Pope Francis upon his arrival at Quito Airport, Ecuador, Sunday, July 5, 2015. The Pontiff is visiting Ecuador, Bolivia and Paraguay on the occasion of his Apostolic trip from July 5 to July 12.
Gregorio Borgia–AP
By Jacob Koffler

Where does the Pope poop?

In a bathroom that includes an Asian-style rug and a painting of Jesus — when he’s in Ecuador at least.

Officials in the South American country built a spacious bathroom special for Pope Francis in the port city of Guayaquil, a stop on the Pope’s South American tour which began on Sunday. The bathroom also includes a large toilet, a shower and a large mirror.

The pope celebrated Mass at a park in Guayaquil Monday with more than 1 million people in attendance. The Argentinean pontiff is the first South American pope and is also due to visit Bolivia and Paraguay during his tour. 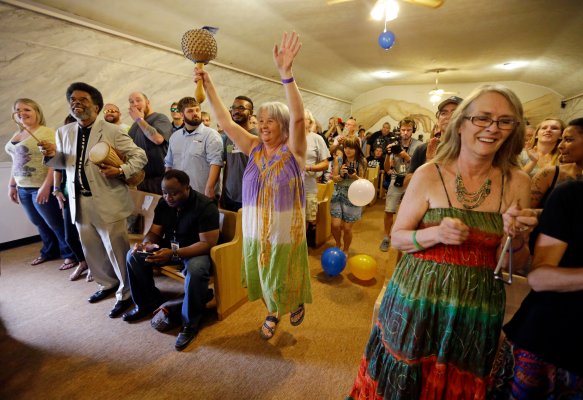