The 103-year-old Oreo cookie is getting a much-needed makeover. It’s slimming down.

Oreo maker Mondelez has confirmed to the Associated Press that “Oreo Thins” will be a permanent fixture on U.S. retail shelves starting next week. The cookies look like a regular Oreo except they are slimmer: with four of the “Thins” containing 140 calories vs. 160 calories for three regular sized Oreos.

Mondelez joins a number of other food and beverage companies that are toying with the idea of serving smaller portions for calorie-rich snacks at a time when more Americans are favoring fresher foods and snacks, putting pressure on snacks found in the middle aisles of the grocery store. Starbucks, for example, earlier this year debuted a smaller, “Mini” Frappuccino for likely the same reason Oreo is getting slimmer. Both want to lure consumers that don’t want the guilt associated with consuming the larger snacks.

Oreo is a key brand for Mondelez, one of the world’s biggest snack companies. Oreo is one of the company’s $9 billion brands, so any successful innovation in flavors, packaging, and sizing for large brands such as Oreo can potentially move Mondelez’s sales trajectory. It has already seen a $40 million sales jump for Oreo Thins in the first eight months that the item was sold in China, the AP reported. 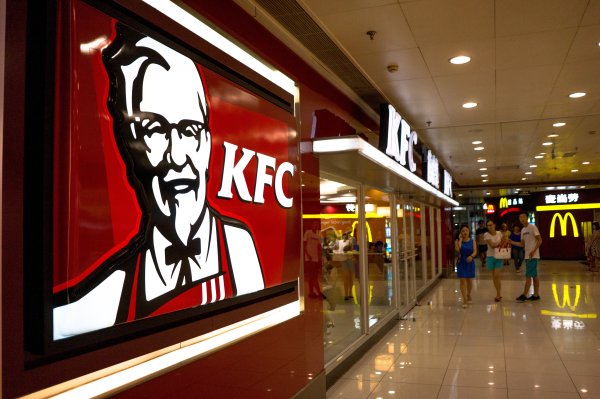 Here’s How McDonald’s and KFC Are Adapting in China
Next Up: Editor's Pick