Will the Communist Party Save China's Volatile Stock Market?

An investor holds onto prayer beads as he watches a board showing stock prices at a brokerage office in Beijing, China, July 6, 2015
Kim Kyung Hoon—Reuters
By Hannah Beech

Rain, like the downpours that have inundated Shanghai in recent weeks, doesn’t buoy the spirits. But don’t despair, counseled the People’s Daily, the Chinese Communist Party’s mouthpiece, on Monday: “Rainbows always appear after rains.”

That upbeat message coursed through China’s state media on Monday, referring to the dismal performance of the nation’s bourses, including the Shanghai Composite Index, which has lost nearly 30% over the past three weeks.

The chief rainbowmaker is, no surprise, the ruling Communist Party. “The Chinese government unveiled an unprecedented string of emergency and supportive measures to stabilize market sentiment,” announced state news agency Xinhua on Monday, with the nation’s central bank called in to increase liquidity.

Over the weekend, China’s top brokerages, surely encouraged by officialdom, vowed to spend nearly $20 billion to shore up the stock market. By government fiat, new stock listings are being curtailed. Foreigners have been admonished not to sell China short — as if they were the ones chiefly responsible for the stock market’s nosedive. On July 5, Beijing police arrested a man they say spread rumors that a despondent punter jumped to his death because of the stock-market plunge.

The result so far of this massive government intervention: after an 8% surge in the morning, the Shanghai index ended up 2.4% on July 6, following a 12% loss the previous week. State-owned giants led the weak recovery. In meteorological news, the plum rains are forecast to last all week in China’s commercial capital. (At close on Monday, Shenzhen’s more erratic index was down 1.39%.)

The past three weeks have seen the market shed more than $2 trillion. Still, the percentage of the Chinese population that dabbles in the stock market is comparatively low. And as brutal as the summer sell-off has seemed, shares are still up this year, with the Shanghai Composite having expanded by nearly 80% compared with roughly a year ago.

Chinese social-media users have debated whether the central government’s efforts were enough to prevent a further market nosedive. There was less discussion, however, of whether the government should be doing battle in the first place — especially given that some of the recent market frenzy has derived from risky margin trades that may be testing banks. Critics have noted that this generation of Chinese leadership, in place since late 2012, has called for market forces to gain more power, not less. The government’s latest intervention runs counter to talk of reform.

“Fragile market sentiment will be reversed,” the People’s Daily has stated. That’s about as clear a signal of official policy as the ruling Communist Party can give. Beijing, which is already facing a slowing economy, is tying part of its legitimacy to returning confidence to the nation’s stock market. When will the rainbow appear? 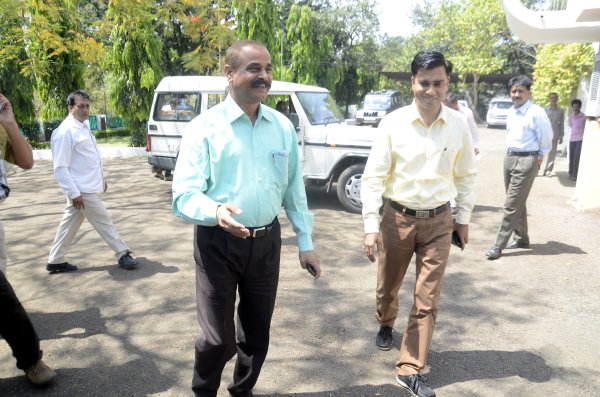