Trump, who lost a string of business partners after saying that Mexican immigrants are “bringing drugs, bringing crime, they’re rapists,” conceded during a Fox News interview that he “didn’t know it was going to be quite this severe, but I really knew it was going to be bad.”

Among those who have cut ties with the billionaire include Macy’s, NBC Universal, Ora TV, Serta and Univision, the last of which Trump has sued for $500 million after the Spanish-language network cancelled plans to air the July 12 Miss USA pageant. Some other GOP candidates, including Marco Rubio, himself the son of immigrants from Cuba, have blasted Trump for his “offensive and divisive” comments.

The real estate mogul continued to voice his controversial views this week, when a young woman was gunned down at a San Francisco tourist spot in an apparent random shooting by a suspect whom police said is an undocumented immigrant.

“We have many cases like this, but nobody wants to talk about it,” Trump said of the incident. “It seems like I’m sort a whipping post because I bring it up.” 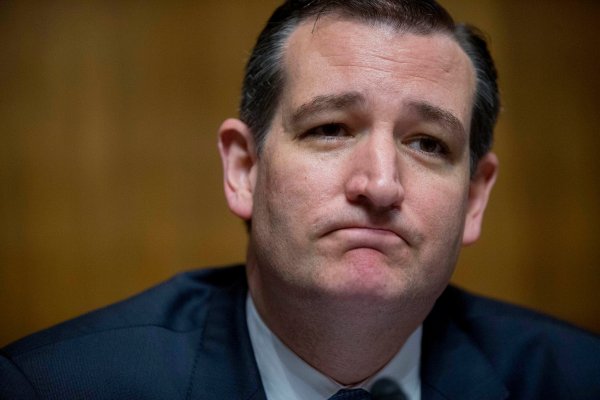 Ted Cruz Wanted to Be This Character in The American President
Next Up: Editor's Pick