Should I Eat Yogurt-Covered Snacks?

Yogurt-coated fruit sounds like a double-dosage health food. But don’t be fooled—a shell of “yogurt” contains some very un-yogurtlike things, according to all five of our experts.

“While these coatings may be called ‘yogurt,’ they are really a kind of ‘frosting’ of which yogurt is an ingredient,” says David Katz, MD, director of the Yale University Prevention Research Center. The real stars of yogurt coatings are sugar—and not the kind that naturally occurs in dairy foods—and oil. “Having the name ‘yogurt’ in the mix is supposed to make it all okay,” Katz says. “It does not.”

In fact, the stuff that makes up yogurt coating—typically sugar, partially hydrogenated palm kernel oil, yogurt powder, emulsifiers and salt—is a far cry from its namesake. “One should definitely not think about these as a health food,” says Mario Kratz, PhD, a dairy researcher and nutrition scientist at the Fred Hutchinson Cancer Research Center in Seattle. “I’d place most of these snacks in the same category as candy bars.”

At first glance, the nutritional stats don’t seem so bad; for a popular brand, a 1/4 cup serving of vanilla yogurt raisins has 19 grams of sugar and 5 grams of fat, while the same serving size of regular raisins actually has more sugar—29 grams of it—but no fat. But that’s far from a nutritional wash. Since yogurt-covered raisins are so much chunkier than their natural, unadulterated peers, you get far fewer raisins per serving and far more of the unnatural kind of sugar.

There’s another danger to these snack food “impostors,” says Dina Rose, PhD, a sociologist and feeding expert of the blog It’s Not About Nutrition: The Art & Science of Teaching Kids to Eat Right. “For kids, yogurt-covered snacks like yogurt-covered (or really, oil-covered) raisins and pretzels teach that these foods should look and taste like candy,” she says. Getting a kid to recognize that a yogurt-covered snack should only be eaten occasionally, she says, is the tricky part.

J. Bruce German, PhD, professor and director of the Foods for Health Institute at the University of California, Davis—and a yogurt researcher—says that while yogurt is a “nourishing food product,” the kind that’s dried, mixed with stabilizers and blanketed on dried snacks isn’t the same. “In general most of the attributes of fresh yogurt are lost in making coated snacks,” he says.

That’s why the snacks you buy at the movie theater aren’t the real deal, agrees Jennifer Willoughby, a dietitian at Cleveland Clinic Children’s. But here’s the good part: making your own snacks from real yogurt is a tasty and healthy treat. “Choose a plain or vanilla yogurt to dip fruit or nuts in, and then freeze for a sweet treat with significantly less added sugar and more nutritional benefit,” she says.

Read Next: Should I Eat Butter? 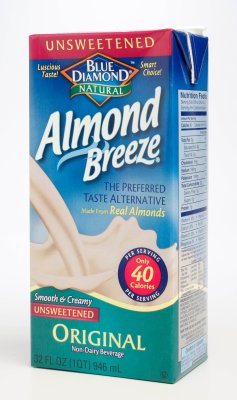