In this May 28, 2015 file photo, Russian President Vladimir Putin attends a ceremony in the Kremlin in Moscow.
Sergei Karpukhin—AP
By Dan Stewart

“In his message of congratulations, the Russian President noted that, despite the differences between the two countries, Russian-American relations remain the most important factor of international stability and security,” the Kremlin said, Reuters reports.

The message comes as diplomatic relations between the countries remain frayed, with Russia considering fresh sanctions against Western nations in the ongoing diplomatic feud over eastern Ukraine.

The head of Russia’s Security Council said Friday the country might target Finland over its refusal to issue a visa for the head of its lower house.

Nikolai Patrushev also singled out Washington for blame Friday for the protests in early 2014 that saw the pro-Moscow leadership driven from office. “The United States has initiated all those events in Ukraine. It has initiated a coup and put the current Ukrainian leadership in power,” he said, the AP reports.

Putin’s message, however, did not mention Ukraine or the Western sanctions imposed by the U.S. and others following the annexation of Crimea. 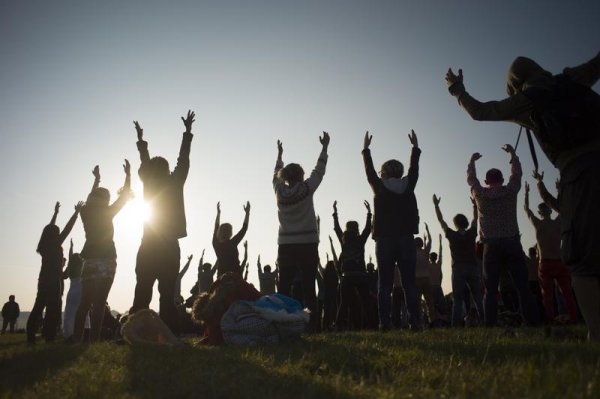