Former Secretary of State Hillary Clinton said Friday that she is hopeful that a nuclear agreement with Iran can be reached before next week’s deadline, indicating support for the draft agreement that may or may not come into force.

Speaking to a crowd of about 850 largely college-aged supporters on the campus of Dartmouth College, Clinton addressed the latest deadline for the P5+1 nuclear talks in Vienna, July 9, saying “these things always come down to the wire.”

“I so hope that we are able to get a deal in the next week that puts a lid on Iran’s nuclear weapons program because that’s going to be a singular step in the right direction,” Clinton said. The previous June 30 deadline was extended to give negotiators more time to try to hammer out lingering disagreements between the Iranian government and the governments of China, France, Russia, the United Kingdom, the United States, and Germany.

“But even if we do get such a deal, we will still have major problems from Iran,” Clinton said. “They are the world’s chief sponsor of terrorism, they use proxies like Hezbollah to sow discord and create insurgencies to destabilize governments. They are taking more and more control of a number of nations in the region and they pose an existential threat to Israel. So even if we are successful on the nuclear front, we still are going to have to turn our attention to working with our partners to try to rein in and prevent this continuing Iranian aggressiveness.”

Critics of the ongoing negotiations and draft agreement contend that it does not go far enough in reducing Iran’s stockpile of radioactive materials and enrichment program. Clinton had previously adopted a measured tone on the talks, expressing support, but raising questions about whether Iran would uphold its end of the agreement.

In April, she said she would back a deal that “verifiably cuts off all of Iran’s paths to a nuclear weapon, imposes an intrusive inspection program with no sites off limits, extends breakout time, and spells out clear and overwhelming consequences for violations.”

“The onus is on Iran and the bar must be set high,” she added at the time.

One way or another, Clinton is likely going to have to own the agreement, as the seeds of the current round of talks began under her tenure in the Obama administration. Her chief foreign policy advisor Jake Sullivan helped carry out the secret back-channel negotiations to lay the groundwork for the Joint Plan of Action announced in 2013.

Clinton also spoke about the Affordable Care Act, seeking to keep alive a potent Democratic turnout tactic a week after the Supreme Court decided against undermining the law.

“I am so thrilled that we are at a point where all calls about repeal, repeal, repeal mean nothing unless they elect a Republican president,” Clinton said, addressing the crowd from a concrete stage in front of a shady lawn on the college campus known as the “BEMA” — “big empty meeting area” — just across the river from Democratic rival, Vermont Sen. Bernie Sanders’, home state.

“If the country elects a Republican as president, then they will repeal the Affordable Care Act,” she warned. “That is as certain as I can say unless we take back the Senate and take back the House. I hope we can do both, but on the safe side, let’s elect a Democratic president who is committed to quality, affordable healthcare.”

All Republican presidential candidates have vowed to repeal the law, but privately many of their aides acknowledge that a complete repeal would be nearly impossible to pull off, given how entrenched it has already become in the American healthcare system five years after passage. Republicans on Capitol Hill, meanwhile, have largely abandoned serious efforts to upend the law, owing to Obama’s staunch veto threats.

“Let’s break that and have a Democratic president to continue the policies that actually work for the vast majority of Americans,” Clinton said.

Clinton promised that she would begin to unveil her proposals for the economy in “about 10 days.” 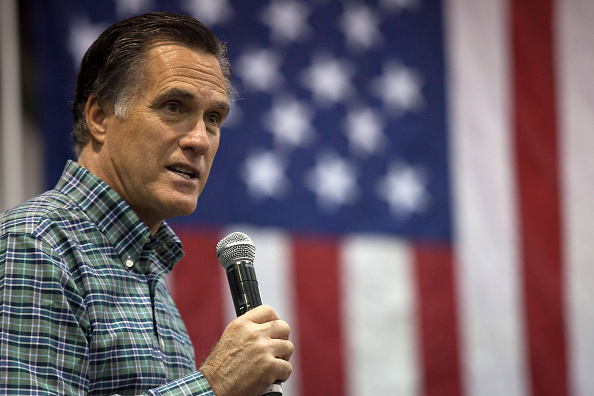 Romney to Host Rubio, Christie for July 4th
Next Up: Editor's Pick