Members of the Parsi Zoroastrian community in Calcutta have filed a petition in a local high court against the music video for the song “King” by Amitis featuring Snoop Dogg, calling it blasphemous and disrespectful toward their faith, the Times of India reports.

Zoroastrianism is a millennia-old faith with roots in ancient Persia and a flourishing community in India; its scripture emphasizes the sanctity of nature and the duality of existence. Amitis is an Iranian-born singer who now lives in Atlanta; “King” appears to be her entrance into the realm of Western pop. Snoop Dogg is Snoop Dogg — in this case, the eponymous king in question, who in the music video smokes what appears to be weed on a throne beneath the Faravahar, a sacred Zoroastrian symbol. Some strippers dance in front of it, too.

Unsurprisingly, the Zoroastrians in Calcutta have taken offense and have chosen to file a public-interest litigation — a form of civil complaint. In this case, the Zoroastrians who filed the petition are going after two companies involved in the production and distribution of the video, as well as the governments of West Bengal and India, requesting that the video be banned, the Times says.

No one involved with the video has commented on the petition. To Snoop’s credit, though, he has been making some (admittedly misguided) efforts to immerse himself in the cultures of foreign lands. For the 2008 Indian action film Singh Is Kinng (sic), he and actor Akshay Kumar released a hip-hop track of the same title whose lyrics made these cursory references to Indian culture: “Whatup to all the ladies hanging out in Mumbai/ cheese makes dollars, east-west masala.” 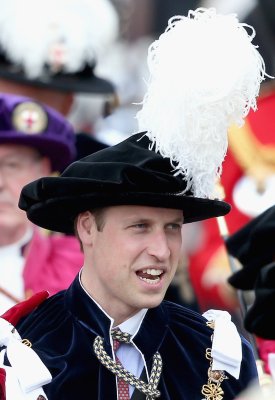 Royal in Seat 4B! Prince William Flies Budget Airline to Scotland
Next Up: Editor's Pick