The 34-year-old had returned to the old Frederick Douglass High School building in New Orleans’ Upper Ninth Ward, where she was a student in the mid-’90s. As she walked through the building at 3820 St. Claude Avenue, she recalled the artwork that once lined the hallways, including images of the school’s Bobcats mascot.

But Taylor hadn’t just returned to reminisce—she was part of a team of volunteers carrying in stacks of chairs and sorting books in the library, getting the building ready for KIPP Renaissance High School to move in next month.

The school was one of a handful of locations the Essence Festival chose as host sites for its day of community service on Thursday. The annual festival, thrown by Essence Magazine, which is also owned by TIME’s parent company Time Inc., devoted a day to giving back to the local community ahead of the weekend’s entertainment.

The day of service at KIPP Renaissance High school was like a snapshot of the work that has taken place across New Orleans in the wake of Hurricane Katrina. In the 10 years since the levees broke and flooded 80% of the city, 94% of metro New Orleans’ 2000 population has returned. The economy is on the rebound with big businesses and startups popping up all across the area, though poverty remains pervasive in pockets of the city. The city’s all-charter school system has been held up by local officials as a potential model for the rest of the country, though reports from Mother Jones and Think Progress have found there is cause for concern in some areas, namely standardized test scores. Ask anyone—from the Mayor to Thursday’s volunteers—and they’ll acknowledge how far the city has left to go, but they can’t help but note how far it has come.

“There’s a lot to be proud of,” Ericka McConduit-Diggs, the president and CEO of the Urban League of Greater New Orleans, told TIME via telephone. “The city has made tremendous progress, but [the] reality is communities of color face real inequities.”

“I don’t think there’s any city in America that has suffered as much as we have suffered and as broadly,” Mayor Mitch Landrieu told TIME last week, naming storms including Katrina, Rita, Ike and Gustav, the national recession and the BP oil spill among the disasters the city has faced. “It has been amazing, the resilience that the people of this city have shown and how much they’ve built back and how fast they’ve built back.”

That recovery is due in large part to the individuals and community groups who put the city back together piece by piece. That work was on full display Thursday in a steamy stairwell in Renaissance where an assembly line of folks in sweat-stained powder blue T-shirts carried desks to the second and third floors of the building. As that team worked, older volunteers lent a hand by sorting books in the school library. At every turn, there was movement. Some volunteers, like Efua Darley of Washington, D.C., had come to help out ahead of the weekend’s more lively festivities. Others, like Taylor and her mother Linda Fernandez, 58, felt compelled to give back given their past connection to the school.

Kyle Jones, dean of operations at KIPP Renaissance High School, said Thursday that it was important to have the community’s help in getting the school ready.

“Obviously, as a school we give education, but we want to make sure we give more than just educating somebody’s children,” Jones told TIME. “I’m hoping to become more of a part of the community.”

Jones, a New Orleans native, now works down the street from where his mom Jocelyn Jones spent a part of her 34-year career as an educator. He’s seen a lot of change in the city over the years, which he said can be difficult even as some of the changes are positive.

“It’s always bittersweet, but it’s always great to see new traditions and new growth happen in a city that hasn’t always had new growth,” Jones said. “And to see people come and embrace it is great too.”

One of those changes is KIPP, a nationwide network of charter schools aimed at helping kids in underserved communities succeed, which took over the old Frederick Douglass school after it suffered academically. KIPP Renaissance opened in the Frederick Douglass building in 2010 but moved elsewhere for the past several years as part of a school reshuffling. The program is now returning home to its original spot.

For Taylor, KIPP Renaissance will represent a new tradition for her family as her 14-year-old daughter Breon will start ninth grade at Renaissance when school begins on Aug. 3.

Breon was on hand Thursday, sporting the same powder-blue shirt as the other volunteers, and helping carry desks and chairs to the classrooms she’ll soon occupy.

“It’s going to be her school,” said Fernandez, who brought three of her five grandchildren to Thursday’s service event. “She should be here to help get the school together.” 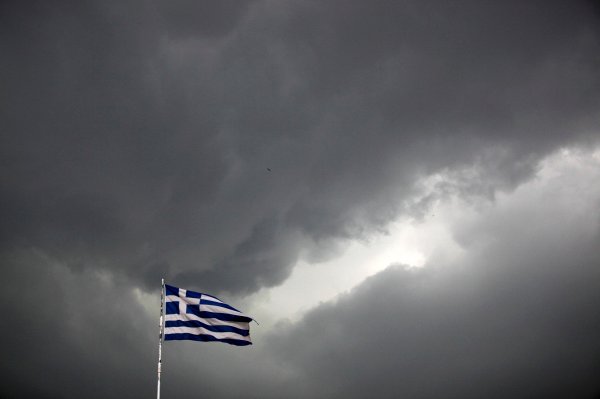