Donald Trump’s insensitive comments about Mexican immigrants haven’t come without punishment from his now former business partners like Univision and NBC. But actress America Ferrera, herself of Honduran descent, wants to thank Trump for his recent statements.

In an open letter published by The Huffington Post on Thursday, Ferrera wrote to Trump in appreciation for the fact that his words will push more Latinos to the polls. “Remarks like yours will serve brilliantly to energize Latino voters and increase turnout on election day against you and any other candidate who runs on a platform of hateful rhetoric,” she wrote.

While the Ugly Betty actress wrote that Trump will never win the 2016 election without the Latino vote, and that he’s “living in an outdated fantasy of a bigoted America,” she thanked the billionaire for “reminding us that there remains an antiquated and endangered species of bigots in this country that we must continue to combat.”

Ferrera also provided some stats about recent Latino population growth in the U.S. and promised Latinos will fight back during elections season.

“We will do more than tweet about our indignation and beat piñatas of your likeness,” Ferrara wrote. “We will silence you at the polls. We will vote and use our growing position in U.S. politics. Our fellow Americans who understand and value our contributions will join us. We know there is nothing that scares you more.”

To read Ferrera’s complete letter, head to the The Huffington Post. 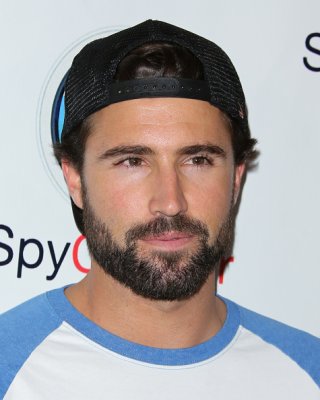 Brody Jenner: I Get Along Better With Caitlyn Than I Did With Bruce
Next Up: Editor's Pick