This Is the Method in the Greece Madness

The world’s financial elite think that Greek prime minister Alexis Tsipras is insane for holding a referendum on the country’s economic future. But there is method in his madness. Greece’s crisis has gone on for too long and caused too many innocent people too much pain. It’s time to end it. If Europe’s lenders can’t come to terms with the simple fact that Greece has borrowed too much and can’t pay it back, then Greece has to come to terms with it for them.

The conventional wisdom holds that the 40-year-old Tsipras is irresponsible, impulsive, and volatile. He sure looked that way last week when he walked away from Europe’s latest offer, which was for Greece to slash spending and raise taxes in return for the cash to make a $1.7 billion debt payment to the International Monetary Fund (IMF) on June 30. Tsipras responded by closing the country’s banks, defaulting on that debt payment, and abruptly calling an election: Greek voters will decide Sunday whether to accept Europe’s terms. University of Athens economist Aristides Hatzis called the decision to hold a vote “irrational.” The Financial Times complained that Tsipras is “wielding” an “unjustified . . . referendum as a weapon against his Eurozone adversaries,” and counseled Greek voters to “listen closely to the words of Ms. Merkel.” The German chancellor and French president François Hollande have warned Greek voters that a vote against budget cuts and tax hikes is a vote to leave the euro.

But sometimes people have good reason to act a bit crazy. In 2009, Greece was running a budget deficit of more than 15% of annual spending, and investors were getting nervous. They wondered if Greece could make payments on its debt, then totaling about 130% of its national output—compared with about 75% for Britain, 54% for America, 61% for France, and 44% for Germany—and continue to provide public services. Investors cut Greece off, and the IMF, the European Commission, and the European Central Bank stepped in to provide Greece with €110 billion in return for spending cuts, tax hikes, and asset sales. The bailout didn’t work, and Greece’s economy continued to spiral down; Europe doubled its lending in 2012.

Lost in all of the talk about Greece’s possible default is that the country defaulted once before. In 2012, Greece used money from European governments to pay its private-sector creditors about half what it owed them. Was that a bailout of private creditors? The private creditors sure thought so—they happily took the deal. But Greece evidently didn’t default enough, since the rest of Europe felt the cure for Greece’s debts to private creditors was an even greater amount of debt to foreign governments.

Today, Greece owes 174% of its national output, a level of debt that simply can’t be repaid. As the IMF said last year, Greece’s debt, as a percentage of the economy, continues to rise, and “the extraordinary levels projected well into the next decade suggest that sustainability concerns”—that is, Greece’s ability to pay—“will remain an obstacle.” Greece has already tried cutting its budget and using the savings to pay down debt. In 2010, Greece raised its retirement age from 60 to 65 and reduced pension payments to retirees from 70% of their income to 60%. The formula for calculating pension payments was rejiggered to save the state money and “bonus” extra pension checks to retirees were eliminated. Because of these measures, Greece’s current budget is actually in surplus. “To have reached a surplus so swiftly is an extraordinary adjustment by any international comparison,” the IMF said last year. It wasn’t enough. Greece still can’t afford to pay its debt. Europe wants even more pension cuts as a condition of loaning to Greece. Without new loans, Greece won’t be able to pay off its old loans.

Greek citizens are suffering because their government promised them more than it could afford— and they may suffer more. But there’s no good reason why Greece’s creditors shouldn’t suffer more, too, because Greece’s government also promised them more than it could afford. If a sophisticated global creditor couldn’t grasp the debt problem before it was too late, how could a middle-class Greek retiree? Europe says it isn’t fair to ask German and French citizens to subsidize Greek retirements. By the same token, though, it’s not fair for Greece to shoulder a 27% unemployment rate—much higher among younger people—so that German and French investors, public or private, can avoid shouldering the loss they deserve for their own bad investment.

Greece’s default—and Sunday’s possible ratification of that default—need not push the country out of the euro. Greece can work out an arrangement with its European creditors, though they’ll have to settle for much less than they’re owed and wait longer to get it. Europe can force Greece out of the euro if it wants to by refusing to lend to Greek banks as they struggle to deal with panicked depositors withdrawing all their money. (Greece cannot keep its banks closed forever.) Either way, though, default doesn’t have to mean disaster, or, at least, a worse disaster than the current one.

A decisive Greek default might give the world a needed lesson: Stop lending money to borrowers who can’t pay it back fully—and when you’ve already lent too much money to borrowers who can’t pay it back, don’t expect to be fully repaid. The world should have learned this lesson in 2008, when the global financial crisis reached its nadir. Instead, Western governments continued to lend trillions of dollars at ever-cheaper interest rates to everyone from corrupt Brazilian oil companies to subprime American SUV buyers. Even with all this money sloshing around, Detroit couldn’t repay what it borrowed, Puerto Rico can’t repay what it borrowed, and Chicago probably can’t repay what it’s borrowed. Even healthier cities such as New York can’t make good on their obligations to bondholders and future pensioners.

People often visit Greece to take a vacation from reality. But perhaps it’s time for Greece to show the rest of the world what reality looks like.

Nicole Gelinas is the Searle Freedom Trust Fellow at the Manhattan Institute and a City Journal contributing editor. This article originally appeared on City Journal 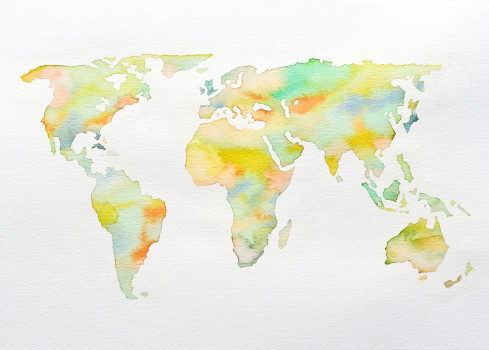 Why Every American Should Adopt a Second Country
Next Up: Editor's Pick