T. Boone Pickens: Natural Gas Is the Key To Winning the War on Terror

Just as gasoline prices are falling and consumers think we’ve begun to chip away at our OPEC oil dependence problem, a threat is emerging from ISIS, and what could easily be referred to as an Organized Petroleum Exporting Caliphate.

The OPEC oil issue has consumed me. Seven years ago, I committed myself to a broad public campaign to highlight the dangers of America’s then-escalating dependence on OPEC oil imports. I have invested more than $100 million in an effort to impact public policy energy issues and secure an energy plan for America. I’m also the founder and CEO of BP Capital, an energy-focused hedge fund that trades in natural gas and crude oil futures as well as energy equities, and a large shareholder of Clean Energy Fuels, a leading supplier of natural gas as a transportation fuel.

Seven years ago, OPEC oil imports was the greatest transfer of wealth in human history, and a critical threat to America’s national and economic security. When the vast oil and gas reserves that had been locked within the massive shale deposits under North America became economically viable, many people thought “Whew. Problem solved.”

Not so. Not only is Saudi Arabia still playing geopolitics with world oil prices to protect its market share, but ISIS is now funding a considerable amount of its activities — perhaps as much as $3 million per day — by illegally selling oil captured in Iraq and Syria on the world markets.

Not too long ago, there were serious questions about whether the purchase of oil by America (and other nations) was funding the expansion of one of the greatest terror threats of this generation. Once oil from ISIS gets loaded onto a tanker, it looks the same as oil from Kuwait or Abu Dhabi. We’re buying a lot of it, so we are effectively paying for both sides of the war against ISIS.

Al-Qaeda is also trying to get itself back onto the top of the terror list by urging its followers to disrupt oil shipments at “choke points” like the Strait of Hormuz and the Strait of Gibraltar.

This presents a moral dilemma for Americans, who face a growing awareness that continued purchase of Middle East oil invariably threatens our national security.

It doesn’t have to be this way. My father once told me, “Son, a fool with a plan can beat a genius with no plan.” Right now, we’re a nation adrift without an energy plan. Americans deserve one, and I’m every bit as committed to campaigning for one today as I was seven years ago.

How do we fix it? Start at the point we’ve been talking about since the Pickens Plan was developed in 2008: transportation. Transportation accounts for more than two-thirds of all the oil we use, both as gasoline for cars and light trucks, and diesel for heavy-duty vehicles.

More than ever, we need to move our heavy-duty trucks from diesel to natural gas. Thanks to private-sector leadership, a national fueling network to support natural gas trucks on America’s interstate highways has developed, but we need more government and private-sector leadership to expand this effort. That will introduce the first real competition into our fuel supply. It will improve our balance of trade, it will improve our environment, and it will remove the last marked card from OPEC’s poker hand over our national security.

It’s not as easy with cars and light trucks, but remember what I’ve said all along: I’m for anything American. If we can expand the market for affordable battery-powered cars, I think we should do that.

Because of the tremendous advances in recovery techniques, we have vast crude oil and natural gas reserves yet to develop and produce. It’s a perfect time to decouple our energy-focused military presence in the Middle East. For too long we have spent the lives and limbs of thousands of young men and women fighting in the Middle East, and we still bear most of the cost of protecting the about 17 million barrels that flow through the Strait of Hormuz every day even though only about 10% of that oil comes to us. The price tag? About $5 trillion since 2003. Imagine if that were added into the price of gasoline at the pump.

While we turn our back on OPEC, let’s renew a focus at home and pursue a North American Energy Alliance with our oil rich neighbors to the north and south, Canada and Mexico.

We need national leadership, and every candidate for federal office — from Congress to the U.S. Senate and certainly for the presidency — should be prepared to offer a clear, complete, and workable national energy plan. This has to be a key element of the 2016 election cycle. Americans can ill afford being lulled into a false sense of energy security because of temporarily cheaper gasoline prices at the pump.

As I’ve said since the beginning: Natural gas is cheaper, it’s cleaner, and it’s ours. Let’s make it a key part of our energy future, and a key weapon in the war on terror. 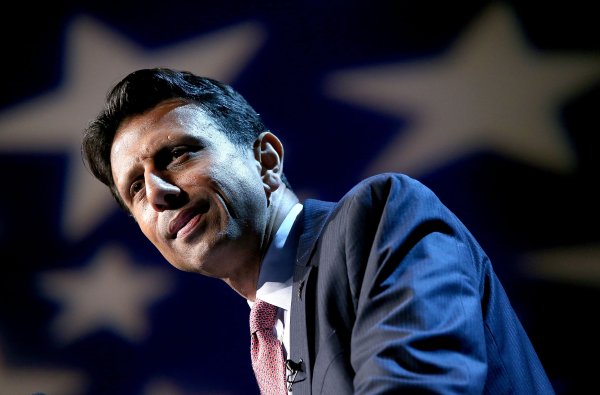 Sanders and Clinton Would Both Turn Us Into Greece
Next Up: Editor's Pick