Craig Lambert is the author of Shadow Work: The Unpaid, Unseen Jobs That Fill Your Day.

The torrent of information that washes through daily life has a source: you. The data that institutions seek, accumulate, analyze, and constantly refresh come largely from their clients. Organizations recognize that people are willing, free of charge, to provide data on themselves. Time spent doing so is shadow work.

Data has emerged as another natural resource like water, oil, and iron. We are living through the early decades of the information economy, comparable to the first decades of the petroleum boom in the 19th century. Underground pools of oil were a free, naturally occurring resource. Oil companies’ main expense was the cost of extraction.

Similarly, free data is waiting to be tapped. Organizations need invest only in extraction costs, as they don’t pay the citizens who provide it. Our only payoff may be psychological: Data seekers massage our egos by asking us about ourselves and our opinions.

Social media companies such as Facebook and LinkedIn serve their members free of charge in order to extract reams of information from them. With more than 1.44 billion active users, Facebook has built a gigantic database to offer any commercial entity interested in its huge archive of consumers’ names and email addresses, along with rich demographic profiles, preferences in music, movies, gifts, and other things, groups they belong to, apps and games they play, and of course their networks of “friends.” Hence Facebook constantly encourages users to post more data (words, pictures, and video), and to add more “friends.” Users comply, funneling their 21st-century petroleum into Facebook’s pool of oil.

For the most part, Facebook users aren’t actually performing work when they produce the site’s content; they are enjoying social recreation. But when Facebook goes to the marketplace with that data, merchandizing its member-produced content, those “recreational” hours start to smell like shadow work. “Their business model is about getting users to create content,” Jeremiah Owyang, an analyst with the Altimeter Group, told The New York Times in 2013. “It’s users who are creating content, liking things, and, ultimately, a brand sees this and comes to deploy advertising dollars. The product is us.”

Facebook has the legal right to do this. Users sign over these prerogatives when they accept the boilerplate in the company’s 4,000-word “terms of service” agreement. When a member “likes” something on the site, Facebook can even highlight that endorsement in an ad for whatever she liked. The company calls such plugs “sponsored stories.”

Sponsored stories that Facebook sends to a user’s network gain their power from a basic fact of human psychology. We take a recommendation—whether to hire somebody or enroll him in a club—more seriously when it comes from a friend. “Like” something on Facebook, and your friends will credit that endorsement more than they would a television or Internet advertisement. Facebook has told investors that when an ad comes attached to a blurb from a “friend,” consumers are 50% more likely to remember it.

In 2012, Nick Bergus, a multimedia producer in Iowa City, learned how these sponsored stories play out. On Valentine’s Day, he saw an ad on Amazon for an odd product, a 55-gallon drum of “personal lubricant.” Bergus found the idea of this gigantic vat of a sexual aid humorous, and so posted the link on Facebook with his comment: “For Valentine’s Day. And every day. For the rest of your life,” as reported by The New York Times. Soon, he began seeing this post, along with his name and photo, among advertisements on Facebook. Facebook had made his comment a “sponsored story”—without consulting Mr. Bergus. He confessed on his blog that he was “mildly annoyed,” but added, “I know the costs of using Facebook. It does not cost me money. It uses lots of my personal information.” As the Internet-era proverb warns: If you aren’t paying for the product, you are the product.

When Facebook went public in 2012 (the company had valued itself at $104 billion, though the public offering sold only $16 billion worth of stock), some of its users publicly asked, “Where’s our cut?” They recognized that shadow work by the site’s users had created the value that founder Mark Zuckerberg and his business partners sold to investors. Unfortunately for those users, they have no claim on the revenue Facebook generates from their input.

Furthermore, users obviously reap the benefits of Facebook without paying a monthly fee. (There will likely never be a fee. Facebook’s subscribers are its main capital asset, so the company will hardly create a financial barrier to becoming one.) It’s a kind of barter arrangement: Shadow workers create valuable content for Facebook in exchange for free social recreation.

Adapted from Shadow Work: The Unpaid, Unseen Jobs That Fill Your Day by Craig Lambert, on sale now from Counterpoint. 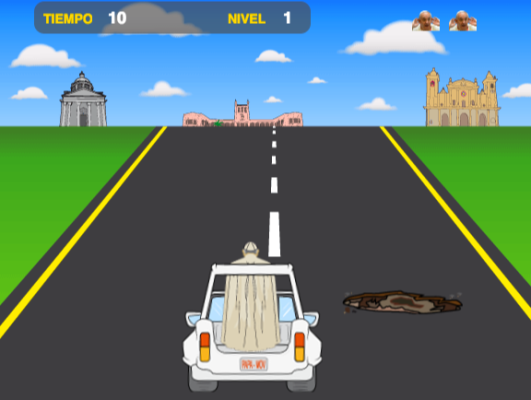 There's a New Video Game About the Pope
Next Up: Editor's Pick