Here Is Exactly Why You Wish You Were Self-Employed

In 1952, as the age of the Organization Man dawned, Peter Drucker wrote an article in Fortune titled “How to Be an Employee.”

In it, he dispensed all sorts of advice, including tips on how to communicate with your boss, how to figure out what kind of job is right for you and even how to tell when it’s time to quit. The entire essay was predicated on a major historical shift from an economy once made up of farmers, merchants and craftspeople to one increasingly dominated by large corporations.

“Ours has become a society of employees,” Drucker wrote. “A hundred years ago only one out of every five Americans at work was employed, that is, worked for somebody else. Today the ratio is reversed, only one out of five is self-employed.”

The question now is whether we’re poised to swing sharply back in the other direction—and, if so, what it means.

Certainly, lots of workers seem to be pining for just such a change. A study released today by the online education company CreativeLive suggests that 55% of employed U.S. adults, some 78 million of them, “would jump ship from a traditional job to be self-employed—if they could still pay their bills.” The finding is based on a Harris Poll survey conducted earlier this month of 2,122 people ages 18 and older, 1,120 of whom were employed.

That more than half of American workers would like to strike out on their own says a lot about what folks value in their jobs—and, in turn, what most employers are evidently failing to provide them. It’s also a blunt reminder of the ways in which people’s career expectations have been upended in the decades since Drucker penned that Fortune piece.

“The whole labor market has changed,” says Mika Salmi, CreativeLive’s CEO, noting that the concept of lifetime employment at a single company has gone the way of the typing pool.

This reality, in which it has become common for enterprises to downsize even when they’re solidly profitable, is surely driving some of the growth in self-employment. Indeed, the ranks of proprietors in the United States—owners of businesses who are not wage and salary workers—have practically doubled as the traditional social contract between employer and employee has been ripped apart, rising from 11% of those with a job in 1970 to 21% in 2011, according to an analysis last year by NewGeography.com.

Yet Salmi is convinced that there’s another reason people are so hot to go it alone these days: Their jobs don’t offer a sufficient outlet for their creativity. “People are simply unfulfilled,” says Salmi, whose company provides courses in a variety of areas: photography, video, design, business, audio, music and software.

Some use the skills they acquire through CreativeLive to land a fresh position in their present workplace. Others learn new things so as to pursue a hobby—something Drucker would have advocated, by the way, for the corporate stiff and the self-employed alike. “People who have no life outside their jobs are not the really successful people,” Drucker wrote. “I have seen far too many of them shoot up like a rocket because they had no interests except the job; but they also come down like the rocket’s burned-out stick.”

Meanwhile, many of the 2 million students who have taken a CreativeLive class to date have parlayed the knowledge they’ve gained into starting their own business. Salmi doesn’t have exact numbers, but he says this group of entrepreneurs is clearly a sizable part of his company’s customer base. Feeling hopelessly stuck in a job, “these are people who say, ‘I have to get out of here,’” he explains. “They really want to do something different.”

Harris Poll backs him up. Among its findings: Thirty-six percent of employed adults want to quit their current job in search of something more creative.

Interestingly, Drucker tended to sneer at the idea of “creativity.” “Only the dilettante can afford to forego monotony and to look for ‘creative fulfillment,’” he asserted in Concept of the Corporation, his 1946 landmark. After all, as Drucker observed, most every occupation has plenty of aspects to it that are mind-numbingly dull—even being, say, a concert pianist: “Very few assembly line jobs are . . . as tedious as to practice the scales.”

“It is not routine and monotony which produce dissatisfaction” on the job, Drucker added, “but the absence of recognition, of meaning, of relation of one’s own work to society.”

In this regard, I think Salmi and Drucker are actually saying much the same thing: People are looking for a sense of purpose in what they do. Salmi happens to frame this around “creativity.” Drucker would have used a different C-word: contribution. But both, in the end, would have come to the same place.

“Loyalty can no longer be obtained by the paycheck,” Drucker wrote in a 1992 essay for Harvard Business Review. “The organization must earn loyalty by proving to its knowledge employees that it offers to them exceptional opportunities for putting their knowledge to work.”

Otherwise, they may well bolt—and go hang their own shingle someplace else. 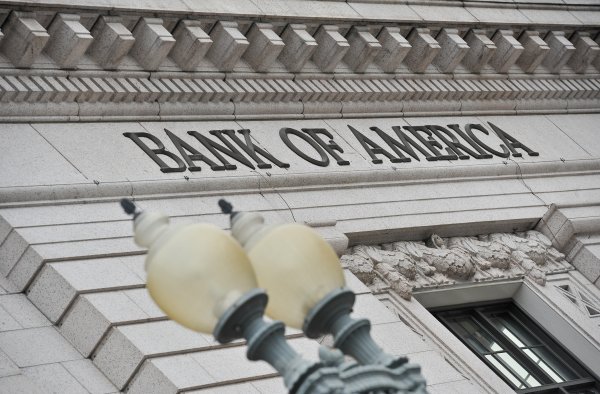 Here's the One Stat Big Bank CEOs Are Freaking Out About
Next Up: Editor's Pick