90% of Americans Eat Too Much Salt

Consuming too much sodium can be a risk factor for heart problems, and new federal data shows more than 90% of Americans eat too much.

The findings show that from 2011 to 2012, the average daily sodium intake among U.S. adults was 3,592 mg, which is well above the public health target set by the U.S. Department of Health and Human Services (HHS) of 2,300 mg. The data comes from the U.S. Centers for Disease Control and Prevention’s (CDC) 2013 survey of 180,000 American adults in 26 states, D.C. and Puerto Rico. The findings were published Thursday in the CDC’s Morbidity and Mortality Weekly Report (MMWR).

Some Americans, however, are taking action to cut back, the report shows. About half of the U.S. adults surveyed said they were monitoring or reducing their sodium intake, and 20% said they had received medical advice to do so. People with high blood pressure were more likely to report they were doing something about their sodium consumption, and overall, people in Southern states were more likely to report such action or advice from medical providers.

Public health experts argue that people without high blood pressure could also benefit from cutting back. “Among adults without hypertension, most did not report taking action to reduce sodium intake, and an even smaller proportion reported receiving professional advice to reduced sodium,” the study authors write. “These findings suggest an opportunity for promoting strategies to reduce sodium consumption among all adults, with and without hypertension.”

Sodium intake recommendations have been the focus of controversy, with some researchers arguing that sodium levels are safe and that cutting back to very low recommended levels could be harmful. Others argue that high sodium consumption is related to serious health complications and contributes to millions of deaths every year. Some groups recommend limits that are even lower than the HHS; for instance, the American Heart Association recommends less than 1,500 mg a day.

In the new CDC report, researchers say that a high sodium habit doesn’t come cheap; medical costs for cardiovascular disease are predicted to triple from $273 billion to $818 billion between 2010 to 2030, and cutting back on sodium intake by 1,200 mg a day could save $18 billion in costs each year, they say. 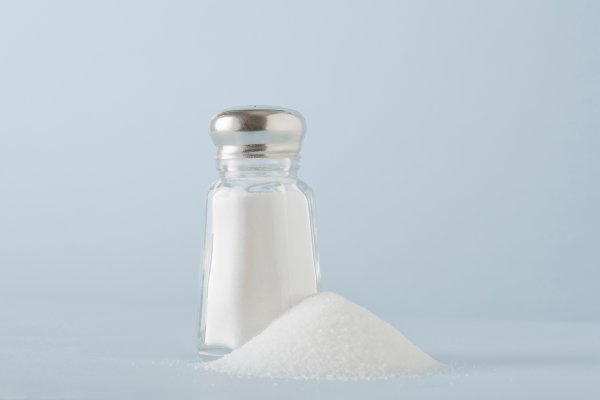 Too Much Salt May Delay the Onset of Puberty
Next Up: Editor's Pick